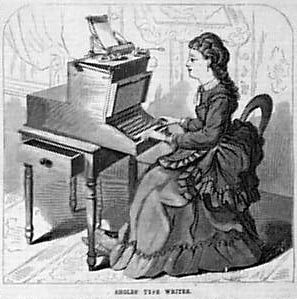 Got up this morning and wrote a bulletin article about the service music we are using at church and the piano trio prelude and postlude. I will stick it at the end of this post in case you are masochistic enough to want to read it. Heh.

Yesterday was my first day of being at the piano bench for dance classes for 3.5 hours in one day.

Afterwards, I wasn’t quite as fatigued as Sunday morning, but I was still feeling it at the end of the day.

I think I’m getting the hang of the Modern Dance class.

So far I was wrong to suspect this would be require some irregular meters like measures of 5,7,11.  I have had to improvise in 3 0r 6 measure phrases for each class and that is a fun challenge.

Today I only have one class to play for and that is a good thing.  I am performing with the Barefoot Jazz Quartet on Saturday.

Originally it was a paying gig. But the charity we are playing for refused to pay the band. Nice. The guy who booked me offered to pay me out of his own pocket. This makes me crazy. I told him I would play without fee.  I will still enjoy playing with the group which besides myself is made up of local high school and college musicians. Flattering to be asked. Discouraging that locals continue to not see musicians as skilled laborers worthy of their hire. 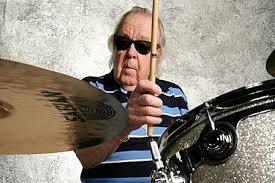 I dreamed last night I was taking a test and it had a question about this guy’s death. I asked the people giving the test how they got this information on the quiz so quickly.

For Detroit Schools, Hope for the Hopeless – NYTimes.com

The New York Times takes a look at Detroit and the work of an emergency financial manager appointed by the governor.

I was listening to a podcast of Media Matters with Bob McChesney  Illinois Public Media | University of Illinois last night. He interviewed Juan Cole who has extensive knowledge of the history of the relationship of the West to the of the Muslim world.  McChesney recommended his blog: Informed Comment: Thoughts on the Middle East, History and Religion.

For you gluttons for punishment, here is my Sunday Bulletin article as submitted this morning:

Music note In choosing service music for Lent, Pastor Jen and I were looking for music that would reflect both the meditative nature of this season and the chosen emphasis for this year of the spirit of healing ourselves and others. Last week, we began our Lent with the singing of the Great Litany. Today we begin singing the Kyrie at the beginning of service. Like the Lamb of God, the Kyrie is also a Litany and is historically a remnant of longer Litanies that end with it (Notice that the Great Litany we sang last week found at page 148 of the Book of Common Prayer ended with the both the English  “Lord have mercy” and Greek “Kyrie.”).  Today’s gentle setting of the “Lord have mercy” is taken from Lift Every Voice and Sing II. It comes to this Episcopal Hymnal from Betty Carr Pulkingham’s Freedom Mass based on African-American Spiritual melodies. It combines the American musical idiom of “Call and Response” found historically in African-American Worksongs, Spirituals and eventually Jazz styles with the ancient idea of a Litany. Litany is defined by the Oxford Dictionary of the Christian Church, 1978, as “A form of prayer consisting of a series of petitions or biddings which which are said or sung by a deacon, a priest, or cantors, and to which people make a fixed response, e.g. Kyrie, eleison, ‘Grant, Lord’, ‘We beseech thee, hear us, &c.” p. 826. Today’s prelude and postlude were performed by Amy Piersma on violin, Dawn Van Ark on cello and myself on piano. We think of ourselves as Grace’s resident piano trio and rehearse weekly.  In The Classical Style: Haydn, Mozart, and Beethoven, Charles Rosen has said that Haydn’s little known piano trios are “some of the greatest music ever written.” He singles out the movement we performed today as one of Haydn’s most dramatic contributions to this genre. Our postlude was the lovely ending Gigue from Jean-Baptiste Loeillet’s suite-like Sonata, Opus 5 (Book I) No. 1. Originally composed for Oboe or Flute, we think it also makes an elegant violin, piano, and cello piece.  As music director, I seek to enhance our prayer with excellent music of as many styles as possible and it is satisfying to frame our Eucharist with these pieces.  It is my hope that music of this caliber will raise our hearts and minds into more profound prayer.  As Bach used to scribble on his manuscripts: SDG (Soli Deo Gloria – To God Alone be the Glory!).  submitted by Steve Jenkins, Music Director.