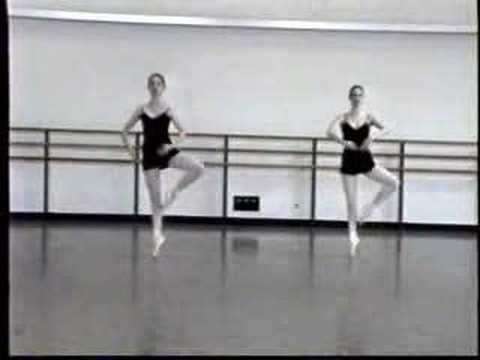 Yesterday I was more tired than I realized. After the first two exercises the ballet instructor informed me that these exercises were always the same and would always require the same amount of music. This was the ballet’s world way of admonishing. I had noticed that my music hadn’t quite lined up with the dance. I figured she had given uneven increments of exercise (something teachers sometimes do). But I did notice that I was thinking a bit more about the music itself than the phrase lengths. My mind was exhausted and I suspect I was reverting to that part of my mind that I was using the day before to arrange and compose. 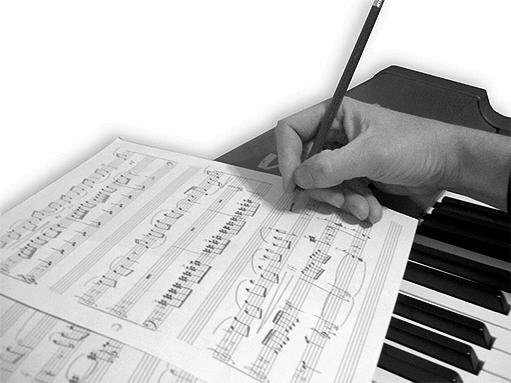 This kind of thinking is much freer. I have been practicing the organ music of Messiaen which is wildly uneven, free and difficult. That’s part of why I love it.  In fact I had been practicing the manual (keyboard) parts to his Nativity suite just before class on the piano.

Ballet exercises are always in phrases of 4 and 8. The look that my excellent instructor gave me with her comment caused me to think that maybe I had fallen into irregular (not too irregular… maybe a six measure phrase here or there) phrasing. I then carefully counted phrases as she gave the instructions for the rest of the class. I detected no irregularity in her exercises and was able to tailor the music carefully to them.

Albeit the music was much more simple and less interesting and creative than I sometimes improvise for class. But in my exhaustion I was sure I had made good clear phrases for the rest of the class.

There. I had now earned my 26 dollars an hour (for the economists who read this).

I had email exchanges with the choir director who is helping with the Grand Haven musical, “Beauty and the Beast.” She asked if I could come an hour early on Monday evening and accompany the chorus rehearsal for the musical. I told her I could come and asked her if it was a paying gig.

I would like to stop right here and observe that I often not only have to work for low pay in my field but that also I have to go begging to get paid for what I have done. At this particular school, an administrator held up my check for months deliberately dragging his feet because he thought I had been paid too much for my work. We’re talking about $1200 here for many hours of work. Eventually I was paid. The following year I asked the school to pay me half way through the process so I would be assured of having my money in a reasonable time after doing the work.

Time and time again I have had to chase down people who owe me small amounts of money which make up an important part of my income. So I try to speak up even though it makes me feel a bit slimy and demeaned.

Hence my comments to the choir director. My pay for my work with the high school comes from the band department. Anything I do for the choir director or the theater teacher is separate. They hire me each year to do other tasks like accompany the auditions and accompany visits to local organizations like the Junior Chamber of Commerce to publicize their musical and help raise funding for it.

Anyway, I emailed back I asking if she would agree to pay me $40 for this service (I felt like I’m at least worth $50 but I was factoring in that they don’t probably have a ton of budget for this sort of thing). She agreed.

They hired me to accompany auditions this year. Again they forgot to pay and did not do so until after repeated promptings. ($100 for playing three separate sessions.  So that’s, what? $34 per session? which were a couple hours long.)

After ballet class, I sat down and did my Mom’s bills and Eileen’s and my bills. Then I treated myself to three hours of uninterrupted rehearsal at the organ.

I began my practice with playing some thorough exercises in improvisation that were developed by the great French organist, Marcel Dupres. These were scales in harmony in all keys. Looking back this might have been a reaction to my morning failure. But maybe not.

I then spent the rest of the time rehearsing the first volume of Messiaen’s Nativity Suite (there are six of them) and a lovely Bach transcription of a Vivaldi concerto.

Considerably refreshed I came home and worked on designing Advent and Xmas for my church music program. This involved reviewing music, choosing anthems, then making a recording of them for my choristers. I was just finishing up around 5 when Eileen got home from work.

Another good rewarding day for jupe.

Today Eileen has promised to help me file a years worth of choral anthems that I haven’t gotten to this fall at church. I also will set up for tomorrow. I am expecting the Youth Choir, the Chamber Choir and several instrumentalists. The church music area is small and inflexible so it takes a bit of cleverness to seat all of these people where they can best do their part.

0 thoughts on “another good rewarding day for jupe”