A sentence from J. R. Watson’s The English Hymn keeps rattling around in my head:

The sound of these angelic harmonies ‘swelling'(a mysterious crescendo of sound) over the synecdoches for the created world, which themselves oversimplify it, anticipate film music, supplying the  emotions to meet the images. Watson’s neat phrase about “film music supplying the emotions to meet the images” struck me when I read it. My first realization that music could be used to maniuplate emotion was thinking about the idea of “altar calls” in the church where I was raised.

At the end of a church service there would be a moment when an emotional pleading hymn would be sung and people would be urged to walk up to the front of the church, kneel down and “give their heart to Jesus” …. i.e. to be “saved.”

I watched my father and other preachers lead this moment. They would often ask the musicians to keep playing while they spoke gently encouraging people to “come forward.” The moment was emotional. We have a family story about an older family member urging the son of the preacher to go forward during an “altar call” his dad was leading because “you dont’ want to your dad to be a failure, do you?” This story is not about me. But the young man developed an aversion to all things church as an adult. Who could blame him? There is much movie music that I admire. I think the connection between music and images is fascinating and pretty constituent to being alive in the USA right now. Yesterday Eileen and I went to see the movie, “The Dark Knight Rises.” It’s a weak flick in my opinion, but most movies hit me this way. 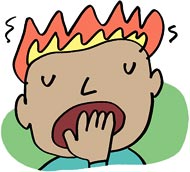 But it was mildly entertaining if lacking in even comic book plausibility.

The music was by Hans Zimmer and I think it included high quality synthesized orchestral sounds as well as more abstract sounds. As I listened to Zimmer utilize the tricks that John Williams “borrowed” from composers I love like Vaughan Williams and Paul Hindemith I pondered Watson’s little phrase. Music is emotion. But when it becomes the emotional servant of content like “altar calls” and super heroes movies what is going on? It seems to devalue the musical content especially when the music itself is outlining the emotions sought by the movie makers to evoke in the audience.

I have thought about how music works in church as well. Inevitably it must serve the moment. When it is used in an “altar call” or a similar obviously manipulative moment it is not far from Zimmer’s little tricks.

Zimmer by the way is a fine composer. As usual the music that caught my attention the most was during the credits. It is then that the composer can sort of let loose and do when he/she wants. 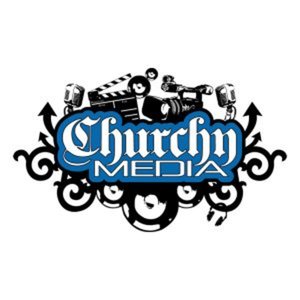 But music in church can work with integrity. For one thing there is a long musical history to draw on and utilize in choral anthems, hymns, organ music and other music.

I think of the distinction as helping people pray, not tricking them into feeling something. I have often thought of music as a sort of “frame” for the church service. The main activity is prayer.

Chanting prayer can “heighten” the language, removing it from the everyday experience of speaking and drawing it into mystery.

I will continue to think about this, I’m sure.