I continue to notice the way the metaphor of money defines in a destructive way many people view the world and their own panicky views of it. 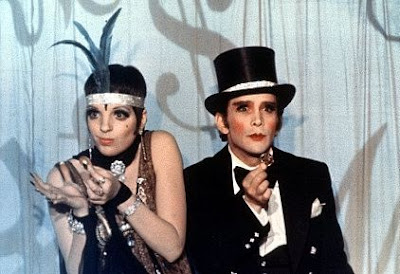 In his book, “The Gift: Creativity and the Artist in the Modern World,” After community has appeared, we may speak of dissent,segmentation,differentiation, dispute, and all other nuances of intellectual life. But it would be difficult to work in the other direction—to begin with ideas exchanged in a way that stressed particularity, individuality, and personal profit—and then move toward a coordination of efort and a harmony of theory. p.108 I wonder if this is part of a problem right now. That we start from the profit motive aspect of any question and find ourselves unable to proceed to the nuances of life that make it worthwhile. Nuances like art,  music, the exchange of ideas, conversation, you name it.

Newspapers and the people worried about them as an industry can’t seem to get their head around what is happening with their audience right now. So that in yesterday’s NYT Sunday Book Review, Harold Evans (“The Daily Show” link) wrestles with Alex Jones myopic take on newspapers and journalism in his new book: Losing the News:The Future of the News that Feeds Democracy.

Jones has a weird view of what’s possible on the internet and Evans quotes him as saying:

“An article on the Web of more than 150 words is generally considered too long and unlikely to be read.”

I immediately added a sticky note via my online bookmarking site (Diggolet link) that I did not agree.

I know that it is sterotypical that internet and cell phone communications are quick, short and often mindless. But that’s not the only way I use the internet. I have seen it from the beginning as a possible conversation and exchange of ideas and important parts of life like stories, music, pictures, information, and sheet music.

I am usually not disappointed.

Take for instance the wonderful article in yesterday’s NYT Sunday Magazine, “The Women’s Crusade” link by Nicholas Kristoff and Sharon WuDunn or “Tyranny for the Commons Man” link by Barry Schwartz on the National Interest Online site. Both of these are pretty lengthy articles, but both held my attention online to not only finish reading but highlight and think about since then.

from “The Women’s Crusade”

One hundred years ago, many women in China were still having their feet bound.

from “The Women’s Crusade”

Only a hundred years ago. Wow. And yes there are people who would rather be exploited than watch their families starve. Many of them are women and children. Good to be reminded of this in my comfy Western existence.

… the prisoner’s dilemma, an exercise that has been used to model everything from littering to nuclear proliferation. As we know from these exercises in which convicts stay mum or rat out their partners to cut a deal on their sentence, both inmates do better collectively over the long term by cooperating with each other and staying silent. But in any one-shot game, there will be no trust between the two of them and so they will both rat out one another. from “The Tyranny of the Commons Man”

A defining emblem of existence in the U.S.A. We live in the shadow of the short-term profit (like the one-shot game in the prisoner’s dilemma). We aspire to the cooperation that is the smart outcome of the prisoner’s dilemma. It is the idea of community mentioned by Hyde that continues to elude us because we approach life backwards from money to people, from profit to content.

True, cooperators are vulnerable to exploitation, but they open the possibility of a virtuous cycle of mutual cooperation. Defectors are doomed to a vicious cycle of defection.

from “The Tyranny of the Commons”

A virutous cycle of mutual cooperation. That’s how I see the exchange of ideas and beauty. In my mind this is community. The community not only of my breathing creating fellow humans but the ones that have lived and left me and you the wonderful record of their response to life: their music, their poetry, their art. For me, this is community.

I believe the internet can help us start there.