If you look to the left side of the first page of my web site, you will see that I added a new page called “Jupe Music.”  The last time my web site crashed I was so discouraged that I didn’t bother putting my recordings back up. Part of this was due to the fact that I realized how dissatisfied I was with them and part of this was laziness. Recently I have reconnected with an old friend with whom I share lots of good times and music making. He commented on my recordings and said I really should record. I am definitely for that but find that to record by myself takes more energy than I have to give that particular process. I have noticed that many of the recordings I admire are the result of a collaborative process between the “talent” (that’s what they call the players) and others who listen and turn the knobs and choose the mikes and help with the mix and make suggestions. There are musicians who can do it all (perform, arrange, record, mix) but usually there seems to be something a bit missing in these recordings. And I certainly don’t have that large an expertise. I just like to make music up.

Last night I was goofing around and decided that it would be a simple task to link in mp3s that are sitting on my server. So that’s what I did. I also added some sheet music to the list of pieces I have composed even though there is a free music sheet music page as well. Just goofing around.

My blood pressure continues to go down. I have been watching my calories and exercising for only about a week and a half. Also no booze. I have to report to my doctor in a couple of weeks. She was a bit concerned about my last blood pressure reading. 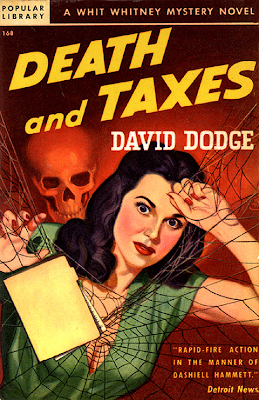 I began the process of filing my Mom’s income tax yesterday. This is complicated by my Dad’s death in 2009. My goal is to simply file. I am having a local tax service do it but it still requires some leg work. I also spent a bit of time rehearsing a couple of organ pieces I have scheduled for Easter. One of them is called “Postlude” and is by the etheral late English composer William Mathias.

Mathis is a favorite of mine. He is not as popular as some of the other English composers like John Rutter and Andrew Carter. But I like his stuff quite a lot. All of these composers use similar musical language: rhythmic, slight dissonance and melody. I decided it was a bit funny to use the name “Postlude” since I have it scheduled for the prelude for the later service on Easter so I decided to put it in the bulletin as “Allegro Moderato.”

The other piece I chose was by Helmut Walcha. Walcha was my teacher Ray Ferguson’s teacher. His music is actually wilder than then the English composers just  mentioned using much more piquant dissonance. This piece is a bit more difficult but not a major project. I like playing Walcha’s music because it is so rarely heard in the U.S. and is quite as good as anything else and represents a tradition of which I myself am a small small part having studied with a student of his.

This piece is  based on a lovely ancient melody called Christ Ist Erstanden. The choral anthem I am using is also based on this piece so it’s one of those nice jupe rhymes that no one notices until  I actually write about it in a little bulletin note. I’m also working a bit on an organ arrangement of the first fugue from Bach’s
Art of Fugue. I have been thinking about this large work quite a bit in the last few weeks and find performing it on organ satisfying. As soon as it’s in good enough shape it will make a good prelude or postlude.

I meet with my boss this morning to discuss tomorrow’s service. She has been ill.  Eileen helped me move the harpsichord out of the choir area yesterday to make room for both the youth and chamber choir. I think we are in pretty good shape for Holy Week.

I heard back from the chair of the performing arts department at GRCC yesterday. He was very gracious but it’s clear that they are not exactly hurting for adjunct professors. I keep thinking I need to mention this to the chair of the music department at Hope college who is married to a staff person at my church. I forget to say something to him when I see him. I definitely have mixed feelings about working for Hope College. It is such a reactionary institution: homophobic and insisting that teachers sign a loyalty oath to Jesus. I hope if I should stumble across an opening at a college I won’t have to sign such a paper. I was remembering I managed to get on board at GVSU due to their extreme last minute need and my willingness to pick up the reins immediately to a class load. This seem to stay in the mind of the then chair when he assigned further classes. But then they got a new chair. La la la.