I seem to be outlining Burgess’s “The Right to An Answer.” I am quite taken with a non-U.S.A. take on racism in the fifties.

Plus I can’t help but wonder what the heck the election in the U.K. portends. Could it be a role reversal? Bush/Blair meant the Amuricans had the conservative/reactionary leader and the Brits the temperate intelligent leader…. Now Obama/Cameron could be the opposite. Although Cameron is as media savvy as any world leader right or seems to be.

I don’t know the U.K. codes for racism as well as I do the U.S.A ones. Cameron’s acceptance speech yesterday was vague and slightly disturbing to me. And I only heard snippets.

Let’s hope he’s far away from Maggie Thatcher (who did some real damage).

I started reading “The Help” by Kathryn Stockett last night. It was recommended to me by my wife. She and my Mom have both read it. It is immensely popular.

I am finding it startlingly uneven in writing skills and plotting. But I like reading recommendations when I can.

I find her description of the south in the sixties a bit odd. But it is supposedly a Jackson Mississippi portrait from the point of view of black maids and a slightly misfit white writer living on her parent’s cotton farm.

I must say it feels very New York in its outlook. The author lived in New York for more than nine years. More so than my idea of the south (Faulkner, Edgerton, Flannery O’Connor). But probably no less true.

I also continue to re-read early Burgess. Read a chapter of “The Eve of Saint Venus” last night. Very light. But very enjoyable. I “ordered” a couple more of his early novels through the Paperback Exchange I belong to. 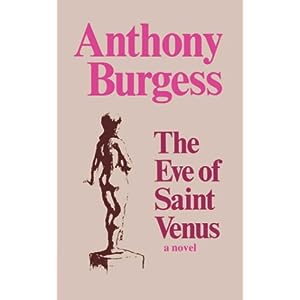 Finally I have a graphic novel on the immediate to-read list. “Wonderland” by Tommy Kovac and Sonny Liew seems to be a re-telling of Alice in Wonderland.

Eileen brought it home and finished reading it last night.

So many books so little time.