Began my musical day with Bach’s F minor three part invention or sinfonia. This is such a lovely work in my opinion. I have been playing my way through the 2 and 3 part inventions like I do once in a while. I finished the evening last night playing through this one a couple of times. Then, I returned to it this morning. The motives in this are of the “sighing” affect. In this case it is a three note figure that can (with a little imagination) bring to mind a sigh as it skips up slightly from the first to second note then “sighs” back to the note in-between them.

This combined with minor and chromatic harmonies make it virtually certain that Bach heard this little study piece as a profound expression of longing, maybe even sorrow.  At least that’s how it seems to me.

Finished off playing the rest of these this morning. What excellent wonderful music! What a privilege to bask in this beauty and invention!

Okay, I get a little out of control about Bach. He has been with me most of my life. I’m not that great a player but I am a lover of music especially Bach’s and I love playing it.

So I figured out the CPE Bach thing. It just took a little reading in William Newman’s The Sonata in the Classic Era. He lists off CPE’s published Sonatas. The Sechs Sonaten fur Clavier mit veranderten Reprisen is the title of the first of three volumes that were published. The second two are referred to by their title of Fortsezung von Sechs Sonaten furs Clavier. Fortsezung seems to mean “continuation” or even “installment.” However it is only the first volume in which CPE does some interesting stuff with the themes by varying them when he repeats them. I have played entire through the third volume (It came in the mail first) and can see that CPE is thinking form. This looks ahead to the work of the next generation (Mozart and Haydn) while still retaining his own flavor (that sort of in between stuff between his dad and the Classic composers). It’s kind of cool music. But I do think it has drawn me back into the Baroque as well as reminded me of the Classical Period to follow.

Hence the playing through of the Bach. I am also thinking seriously of hitting Francois Couperin as well. I love this music.

I have been “friending” people like crazy from church and the local college this summer. The result is I have several teens and preteens on my friend list. Now I no longer feel as free to say “fuck” on Facebook. This probably pleases a couple of the more prudish adults who are my “friends’ there.

So when I ran across these lovely observations Christopher Hitchens’ memoir, Hitch 22, I realized I would only be able to share it here:

“I had expected the newly elected Labour government to withhold British support for this foul war [jupe note: Vietnam] (and the amazingly coarse and thuggish-looking American president who was prosecuting it)[jupe note: Nixon], and when this expectation was disappointed I began, along with many, many of my contemporaries, to experience a furious disillusionment with ‘conventional’ politics. A bit young to be so cynical and so superior, you may think. My reply is that you should fucking well have been there, and felt it for yourself. 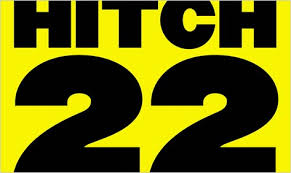 Hitchens of course transforms from a Marxist to whatever he is now (some kind of Atheist Neo-con Ex-pat living in the USA? Naw that’s not quite it.) Anyway his memoir is very interesting to me. He is bright and battered. I find his anger at Christianity pretty reasonable.. . and his description of his education seems sad to me as well as interesting.

I seem to be struggling with usual Monday morning self-doubt and melancholy.

Ah well. Even then,  my life remains good. I’m now sitting in the downtown coffee shop (Lemonjellos) that has allowed me to perform my music. I am across from my wife and I’m online.