My first Wednesday of my new schedule turned out considerably different than I anticipated. I should have known that the ballet department chair would decide at the last minute (as she has every semester) to combine classes without notifying the accompanists. Thus when I arrived at my 8:30 class I was joined by the other pianist who drives from Grand Rapids. A quick consultation with the chair decided that he would play the class and I would not but also bill the college for the time. Fair enough. 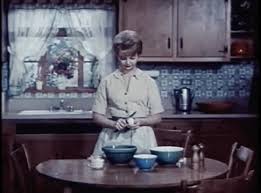 I immediately went to the church and practiced organ since I wasn’t sure when I was going to get a chance to do so later that day. I came home just as Eileen was leaving for the Farmers Market. I then read and practiced piano for an hour. There was a 10:30 AM meeting at church I had been invited to (a sound system meeting with a vendor). I decided to skip it even though I thought I was free and exercise instead. 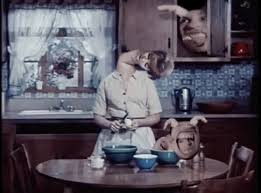 When I sat down to lunch with Eileen I realized that I had been scheduled to play an 11 AM class and had been confused about it and not shown up due to the early dismissal at 8:30 from my first class. I did meet with my boss at 1 and did my only ballet class of the day at 2 apologizing for not showing up to the teacher who also taught the 11 AM class. She indicated that I had not been needed since the chair of the department was using these first classes to sort out students. Weird. After my ballet class I zoomed over to church for a meeting with another sound system vendor, left that a bit early and drove to my piano lesson.

At the end of the day I wasn’t as exhausted as I had feared. But also I didn’t really have the full day of classes.

Today I have some tasks for work (write a bulletin announcement, submit different music for a week from Sunday’s bulletin). I also have to prepare for a meeting with Rhonda and Gordon about the AGO installation of officers service which I previously volunteered to sketch out. Then it looks like I will be able to rehearse with the musicians in my piano trio as a trio and then work on solo music with each of them separately. That should be fun. I have been trying to get the Brahms cello sonata first movement into shape for today’s rehearsal ever since i learned that the cellist wants to go through it today. I keep reading David Byrne’s How Music Works. I think I would like to ask him some questions about the classical music world such as it is. His description of the origin of the Talking Heads style as “minimalist or conceptual art with an R and B beat” confirms in my mind his art background (p. 257). A few pages earlier he makes the astute observation that “popular culture is the water in which we all swam” (p. 249) The “we” is his band and other musicians/artists he knew and admired at the beginning of his career in NYC.

I think we all are basically still swimming in the popular culture. My questions are how does any received intellectual thought and aesthetic relate to this. I know that many are embedded in the present culture, but I suspect fewer and fewer people do.

1. In Aftermath of Missouri Protests, Skepticism About the Prospects for Change – NYT

Some good on the ground reporting in this article.

I figured I would probably have to quit drinking by the time I reached my fifties due to its bad effect on my body. But I’m sixty two and still not feeling ill effects from my alcohol use. Lucky I guess.  I remember Anthony Burgess writing that he thought he was getting the age that he should probably quit drinking.

Maureen Dowd is understandably pretty fed up with President Obama. She also spends a lot of this column tearing up Rev. Al Sharpton.

A Law School dean rips up the highest court of the land. As he says in the article: “Deeply disturbing.”