I’ve been getting into Declan Kiberd’s incredible book, “Ulysses and Us: the art of every life in Joyce’s Masterpiece.” Trying to finish it before it’s due to return to the library. 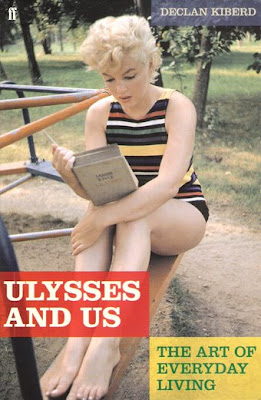 Kiberd is worth reading in and of himself. I am, of course, a bit of a Joyce fan. But I still find Kiberd wandering into areas that are helpful to me.

“… the only justification for going back to earlier art is to reactivate potentials in the past which might answer present or future needs.” Declan Kiberd 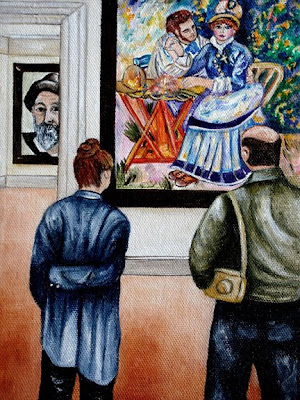 Kiberd is talking of Leopold Bloom’s realization here. But it struck a chord with me because I keep wondering why I love historical music so much. What does it give me that contemporary creations omit?

It’s funny to speak of it this way, because most of my life I have been in environments that question not historical art and music but whether there is anything left to say by contemporary creations. 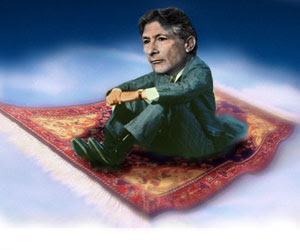 This point of view has driven me into the arms of constantly embracing music by breathing composers as well as looking at art and literature of people who are alive or who have lived recently.

I say that contemporary creations help me understand myself and my life in a way that historical stuff doesn’t. And then I find myself spending hours and hours in the company of Mendelssohn, Bach and others. Hours that revive and refresh me and edify me.

Like Shakespeare great historical music helps me understand my little time on earth. It draws me into the deeply beautiful so that I can spend some of my time living in a space that is profound and awe inspiring. This reminds me of my own insignificance and the mind boggling nature of existence.

Here are some other recent links and quotes:

The Art of the Paragraph by Jon Morrow (link)

I have this bookmarked to read. It looks interesting.

“Detroit was still viable enough for the Republican Party to hold its convention here in 1980, when it nominated Ronald Reagan. And it was not the riots, but the devastating recession of the early ’80s that really knocked the city senseless. “That’s when the place really cracked,” said Mr. Shaiken, “and that was about aggressive globalization and the lack of an industrial policy, not the riots.” Bob Herbert, “An American Catastrophe” NYT link

I actually lived in Detroit during the 80s. It was a terrible time in my life as far earning a living and finding a decent place for my family and me to live. I also attended (and graduated from) Wayne State University located in the midst of the down chaos. Also worked at First Pres which is on Woodward.

I always said that Detroit taught me the city was a terrible place to not be rich. Now after spending some time in Chicago, New York, London, Barcelona (to name a few cities I have visited and now admire), I realize that the city can also be a hopeful interesting place. Maybe I’m rich now, eh?

“She’s alive inside, and that radiates energy, and people who are not psychologically alive inside are fascinated by that.” Judith Doctor, a 69 spiritualist about Sarah Palin. Quoted in Maureen Dowd’s “Visceral has its value” (NYT link)

Palin. What can I say? Dowd asserts that Obama should be more concerned about how he is perceived (how he “seems”). Palin beats him here.  I disagree with Dowd’s premise. But I fundamentally think that what “is” matters more than what “seems.” That puts me way out of step with most of what I read in current conversation. That’s okey doke with me, of course.

“how sublime chant can sound to the listener’s ear when the performers follow the contours of the language, flow through the lines and generally possess what Ms. Hellauer calls a “unity of intent.”   Cloe Veltman, “In Chant, Listening and Singing become One” (NYT link)

This is a really goofy article. With some pretty repelling observations. At least to me. But I am hoping I can remember that handy dandy phrase: “unity of intent.” Good for helping a group of people understand themselves as a choir.

Today is my Mom’s 83rd birthday. Eileen and I will take her to lunch after church. Besides my church duties, I want to get back in the afternoon and see if I can actually play through my recital on a Sunday afternoon. This is more of a problem now that Sunday morning is a bit of marathon.

This morning is the first Sunday in three weeks that I haven’t rushed over to tune the harpischord (and subsequently do other things) before the early service. I actually should have done this today because I am planning  use the harpsichord in the rehearsal after church. But I didn’t. I exercised, took a shower and wrote this blog.