I broke down and purchased a copy of Chopin’s waltzes through the mail. I used to have copy of them somewhere. But I seem to have lost it. It was old and crumbling (like much of my sheet music much of which was originally purchased used anyway). 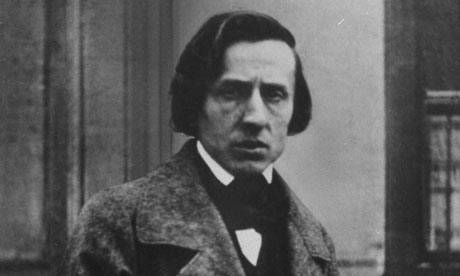 My dance people seem to like Chopin. Or at least the idea of him. My instructor will try to give me descriptive words of what they would like the music to be sometimes. Chopin’s name comes up a lot in her descriptions. But I end up playing Schubert for her (that is when I play composed melodies for class instead of improvising). I have played his waltzes on and off for years since my piano study. I like them and I like Schubert. The Schubert waltzes seem to be written as waltzes and preserve the necessary regularity for ballet class.

This strict regularity is missing from much composed music. There are 19 waltzes in the collection of Chopin I purchased. A small number of them were published during his lifetime (9?) yet Palmer says in his introduction that they were some of his most popular music when he was alive. This makes sense because of a more thriving salon and amateur pianist scene. The waltzes are more regular in their phrasing than much (most?) of Chopin’s work.

But I find the melodies of both composers consistently compelling and interesting. I have been playing and analyzing Chopin since he arrived in the mail.

I associate Chopin with my deceased father. My dad was a fledgling pianist who could whip off a bit of Chopin if he wanted to.

I remember when I was in high school an exchange student from South America who brightened up when I pulled out my dad’s editions of Chopin (I still have it).

He (the exchange student) then played from it. I understand that Chopin himself was largely self taught. I find that interesting but instructive.

I do continue to find beauty in his work and am curious now to go back and parse some of his simpler work like the Waltzes. How he puts them together is instructive to me as I improvise hours each day and have to come up with harmonic progressions that don’t put me to sleep but are still conventional enough to make sense to dancers. 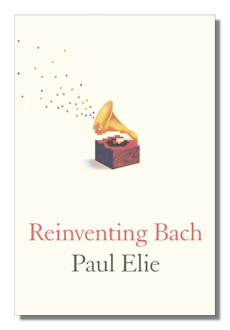 I have been reading in Pau Elie’s Reinventing Bach. It is a guilty pleasure in some ways since it is such a lay approach to music, but at the same time he talks about stuff that interests me and is part of my consciousness as a musician. He spends a lot of time with Pablo Casals. Casals has had a huge influence on me. I have read his “autobiography” at least twice. Plus I have a charming book of interviews that someone did with him. I love his recordings of the Bach cello suites.

So when I ran across this poem a week or so ago it stuck in my head.

You could either go back to the canary
or you could listen to Bach’s unaccompanied Suites
for which, in both cases, you would have the same sofa,
and you will be provided with a zigzag quilt to sleep
under and a glass-top table and great fury,
for out of those three things music comes;
nor should you sleep if even the round muscles
below the neck fall loose from their stringy moorings
for you would miss a sob and you would miss
a melody a la red canary
and a la white as well and a la canary,
perched, as the cello was, on top of a wooden box
and a small musician perched on top of the cello
and every night a church full of wild canaries.

I think this poem is about a longing and connection the poet makes to the beauty in music. The use of the “canary image” makes me think of the stereotype of canaries in a mine where they indicate the loss of oxygen.

The idea of a church full of wild canaries and a small musician perched on top of his cello resonates with the loss of an appreciation of beauty which I see around me. Retaining this appreciation is like oxygen to me.

When I go to play a ballet class, I usually bring along a few other piano scores I am thinking about. I play through works I love and am analyzing as the class sort of wanders in. When the teacher comes in I usually stop out of respect.

Yesterday I was playing a Mendelssohn’s “Song without Words” when the teacher came in. She asked me what it was (as she often does). I told her and she asked if I was preparing for something like a concert . I said no.

Sunday I realized as I sat down to play piano before our Lenten gathering chant that my preludes and postludes at church are more and more like this kind of playing for me, playing out of love for and interest in the music. It is a lonely pursuit these days in my life. So few people seem to be listening or even notice what I am doing. 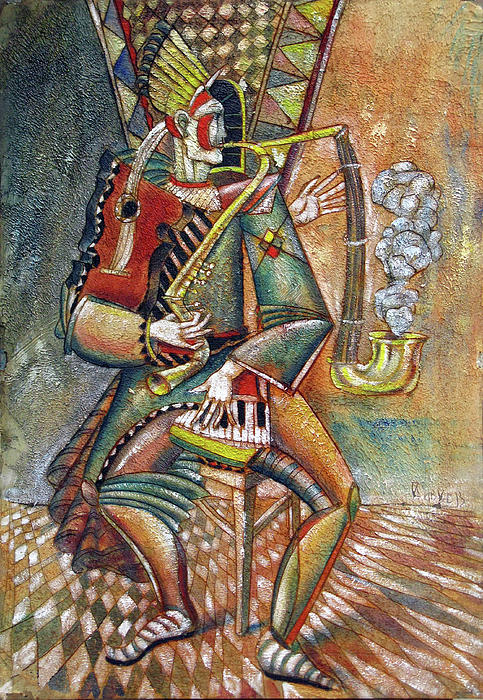 A symphony player at our church remarked to Eileen that people ignored me at church and then pay money to hear music of similar quality in other situations.

Context is important I guess. 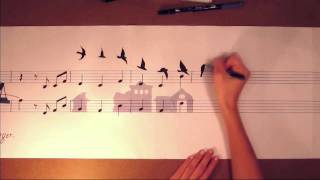