While I was waiting for my Mom in the pain clinic, I found myself arguing with an article in the new New Yorker. Malcolm Gladwell (author of Blink) was reviewing Chris Anderson’s new book, Free: the Future of a Radical Price.

Now I haven’t read or even heard of the book he was reviewing. I avoid economists like the plague they are. But Gladwell sucked me in by describing recent hearings on Capital Hill that I listened to and kept thinking about.

Basically a newspaper publisher (James Moroney, Dallas Morning News) was explaining to congresspeople and incredulous listeners (me) how Amazon made a ridiculous offer to license his newspaper’s content to their (in my opinion very silly)  electronic book, Kindle. They basically wanted him to take only thirty per cent of the profits and allow them to utilize the content any way they wanted including republishing it on any portable device. Moroney, of course, did not bite and that’s why he was talking to Congress.

Gladwell mistakenly jumps from this anecdotal evidence to the conclusion that by refusing to take a bad deal from Amazon, Moroney was an example of an entrepreneur who refuses to face Chris Anderson’s concept of FREE as a radical new way to price.

I don’t think it’s FREE when you give your stuff to someone else to sell.

Gladwell goes on and misunderstands Stewart Brand’s famous maxim: “Information wants to be free.” I don’t think that Brand was pricing when he said that. He was observing that ideas benefit from liberal exchange and suffer from the walls that keep them bottled up and unusable.

This reminds me of when I was a grad student. We were supposed to do tons of research. Of course the copies of the  material was limited. I managed to get myself banned from the Music Office copy machine by insisting on making mutliple copies of all the information so that all of the students would have access to it. Silly me.

There are wonderfully ridiculous ideas in this article. I think it is an example of how dinosaurs are still in charge of life (heck probably always will be).  I especially like how he jumps from using the jazzy religious social justice phraseology of “abundance” to equating it (sleight of hand prose technique to follow) to WASTE. GOOD GRIEF!

Anderson cautions that this philosphy of embracing the Free involves moving from a “scarcity” mind-set to an “abundance” mind-set. Giving something away means a lot of it will be wast3ed. But because it costs almost nothing to make things, digitally, we can afford to be wasteful.

I don’t think that’s what the whole abundance idea is about. Of course I am silly church worker, but I think that abundance goes hand in hand with careful utilization of resources and sharing. 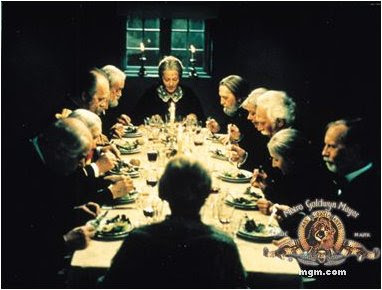