I jumped out of bed yesterday and immediately began working on finishing prepared gig books for my bass player and drummer.

This entailed final edits and printing up their parts.  The rehearsal was scheduled for 9:30. Of course my printer ran out of ink on the last piece and I didn’t have time to change ink cartridges.

So I gathered music scores and equipment (guitar, banjo, amp) and headed out so I would be late.

Of course when I arrived I was the first one there. I probably had time to change ink cartridges and print up that last piece (my cover arrangement of Bob Dylan’s “Tombstone Blues”).

Everyone did finally arrive and we had a good rehearsal. Jordan V. the sax guy brought along an amp and a mike. I was thinking of buying it so I would have a way to amplify my voice (thinking mostly of rehearsals like the one we had yesterday with sax, bass, drums and myself singing and playing). Unfortunately his microphone did not fit with his amplifier (different plug ins). But we plugged it into the amp that Nate the bass player was using (along with the electric piano they had there for me to use).  The sound was sufficient for rehearsal.

Nate and Jordan were exhausted from a late rehearsal the night before.  Nate especially was low on energy. But they all played well. It was so refreshing to work with a good drummer (Roman).

After this rehearsal, I changed clothes there and proceeded to a funeral. 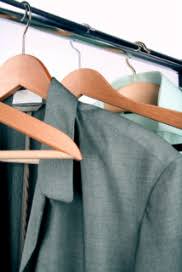 My friend, Jonathon Fegel, was burying his brother. Mike died last week from an accidental mixing up of prescription drugs and homeopathic herbal sleep drugs. I have been a friend of the family for years due to my musical connection with Jonathon. Jonathon starting mixing for me when he was in high school and eventually we collaborated quite a bit on music together. Recently we have wandered out of each other’s orbit. But I discovered that his brother had died when I was looking at amps at the music store where he works. The clerks know that Jonathon and I are friends and mentioned the funeral to me. I immediately knew I wanted to be present for Jonathon and his parents.

Eileen reminded me last night dinner that Mike and his dad, Larry, drove out to hear one of my rare performances of my music. They were part of a very small audience (4 people not counting me and Eileen) and helped make the evening an enjoyable one for me. Mike was a musician and writer.

The funeral was held at the Holland Fish and Game club in Zeeland. I spent the entire service holding my breath because I forgot to turn off my cell phone.

I went directly from the funeral to the music store where Jonathon works and bought an amp and mike I had looked at the night before.

While I was getting out of the car, my cell did go off. My old friend Ray Hinkle was sitting at my house waiting to meet me. He agreed to wait a few minutes while I made my purchase.

The guy who waited on me (and who cut me a decent deal for the amp and mike: $250) had just returned from the same funeral. He  agreed with me when I said  if instead of waiting to have the funeral meal after the lengthy prayer which included many fond reminiscences shared by many people there,  they had done prayer and then broke out the food and shared memories while people ate. But I’m afraid that was the liturgist in me making that observation. I’m hoping that the funeral did whatever it could to support these people in their grief and such tweaking  would not make much difference I’m sure.

During the funeral and as I arrived back at my house, it was raining. Despite my worry about my cell disrupting I was able to enjoy the juxtaposition of the rain with the memorial service. The room where the funeral was  held had huge windows that looked out over a little pond and the rain created a lovely sheen over the whole scene.

I began unloading my equipment when I got home  and ended up soaked.  Ray had driven down to Hope College to look for a building he had done trim work for. He came back and we were united for the first time in thirty some years.  It was very moving to me to see him again. He told me I look better in person than I do in my pictures on Facebook and my blog. Heh. He also asked me about the inflection I mean when I write “Heh.” (I told him it was sort of a emoticon  and then made a small chuckle).

Ray is interested in helping me record my upcoming gig.  So we chatted until the musicians arrived for my afternoon rehearsal. Dawn the cello player and Amy the violinist had agreed to meet my house for rehearsal. We usually rehearse on Thursdays at the church, but yesterday a film company was using the church as a set for movie. I have no idea what movie. But we decided it would be better to rehearse elsewhere.

I took them through the string parts for “Fade to Black” and “Dead Man’s Pants.” Then we rehearsed the Mendelssohn trio movement we will play at the August gig. I have to admit by the time we hit Mendelssohn I was beginning to feel pretty exhausted.  Amy and Dawn’s energy remained positive and it was a worthwhile rehearsal despite my drooping. It is such a pleasure to work with good musicians.

Ray eavesdropped on our rehearsal to help him get a sense of what he will be recording. After rehearsal he and I zipped up to Lemonjellos so he could see the room and PA we would be using that evening.

Back to the house. Ray waited until Eileen came home (she was due in minutes by this time) so he could see her too.  The three of us chatted for a bit. I was really needing to crash by this time. I invited Ray to have supper with us at the pub, but he decided to head home.

Eileen and I had a lovely meal at the pub. My two martinis helped me calm down a bit. I still ran into Bill Bier (pronounced BUYer)  the other sax player who was having a meal with his family. He is a band director and plays a helluva alto. Next week is his annual summer band camp and he let me know last night that I am welcome to drive up as I requested and rehearse with him and Jordan. Jordan is an instructor for him at this camp. So that’s now on the docket.

Eileen and I came home and rotted our brains with TV. I was still trying to relax. 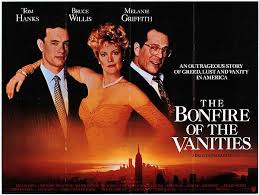 We watched “Bonfire of Vanities.” I remembering reading Tom Wolfe’s novel on which this movie is based so vividly that at first I thought I had also seen the movie. 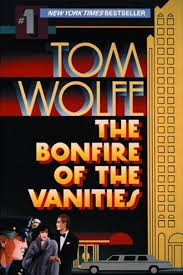 But as it unfolded the story was familiar but the images were cartoony and all wrong. Weird.

So today promises to be much less hectic. I have to get over to my Mom’s apartment and see why she having problems with her computer. I hope it’s something simple enough for me to fix (it often is). Do the bills, probably grocery shop.

Tonight Eileen and I are planning to go hear a Grand Rapids Symphony pops concert called “Motown’s Greatest Hits.” Dawn the cellist who plays in this symphony gave me complimentary tickets yesterday. This should be an chance for Eileen and I to have another relaxing evening together.