I spent most of the day at church yesterday. I laid out the 13 anthems I had chosen the day before, put them in order by the needed assigned slot number. This took an hour or so. Then I took each singer’s folder, emptied it of the old stuff and then put in the new in order. Then I filed everything. Whew. Quite a bit of work but glad to get it done. I spent some time at the organ working on upcoming anthem accompaniments and preludes and postludes.

Unsurprisingly I only had five of about fifteen members show up last night. The trick with low commitment and poor attendance is to make sure that the people who do bother to show still enjoy the experience and find it rewarding. I let them go early last night after some intense rehearsal on the next two Sunday’s anthems.

It seems that many of the people I work with at church spread themselves thinner and thinner over several commitments, often right at church. Last night was also movie night at church. When I left there were still cars in the parking lot and I knew that at least one of my singers was at the movie night instead of rehearsal.

Some see this weird kind of behavior as endemic in our society right now. People say they will participate and then miss many of the events. I often ask myself how people can see themselves as part of something without bothering to show up. I have even had volunteers in the past become indignant when I suggested if they wanted to be in a certain music group they would need to show up.

I can’t help but suspect that part of this phenomenon is that people understand music and art less and less as a discipline and more and more as magic that comes to them at the punch of button. Or maybe I’m just missing something. 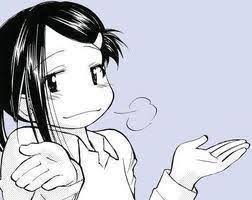 However, I felt good about having all that work done in preparation even though most of the choir opted out of rehearsal. The anthem for this Sunday sounded pretty good with only five singers as did the one for the next Sunday. But if this attendance continues I will probably have to adjust selections away from four part anthems and more to anthems like we will do the next two weeks which are cleverly written to sound good with a handful of singers.

some celebrity chefs and cafe owners have come out in support of their striking workers, serving customers meals on paper plates

The fact that chefs and cafe owners do this strikes me as simultaneously condescending and supportive. No mean feat.

2. The Brain, in Exquisite Detail – NYTimes.com

I love it that the writer of this article uses a poem by Wallace Stevens as a kind of hinge of his article.

3. Remarks by President Clinton at One Strike Crime Symposium 1996 , President Clinton’s 1996 State of the Union Address as delivered , memo from clinton on One strike and you’re out to HUD secretary 1996

These links demonstrate that the incredible damage being done by “One Strike and You’re Out” laws and rules can be traced to good old Clinton. Michelle Alexander makes this point in her book The New American Jim Crow which is as disturbing as it is insightful.