In her bio of T. S. Eliot (one of two I am concurrently reading), Lyndall Gordon points out that a title of an unpublished poem by him is the source of the first recorded usage of the word, “bullshit,” in the OED. Sure enough, there it is. 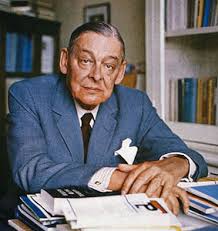 Gordon also wrote this lovely sentence a few paragraphs earlier in the book.

Who can now determine the exact ways people of the past bent their inclinations
in order to construct gender according to absurd models of masculinity and femininity?

My whole life I have had difficult fitting into models of masculinity. Gordon is writing about Eliot’s relationship to a man he knew in Paris, Jean-Jules Verdenal. She points out that his relationship to Verdenal “was devoid of the ostentatious masculinity American men felt compelled to construct” and that Eliot’s letters to him are “devoid of that bravado he went in for buddies like [Conrad] Aiken.”

Eliot apparently was struggling with his own sexuality at this stage in his life at the age of 24. He was in Gordon’s words “an inspector of vice” but not a “participant.” 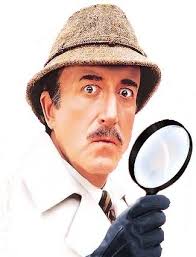 This distance gave him the advantage of the poet and he poured it into “obscene” poems that remained unpublished in his lifetime. 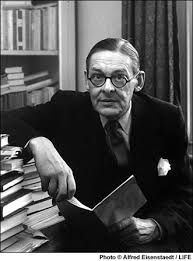 It’s helpful to read Ackroyd alongside her. He can’t help seeing it from the stuffy Brit point of view. They both seem to miss things the other picks up. I am going back and forth between them trying to roughly line them up chronologically.

I have just ordered Inventions of the March Hare: poems 1909 to 1917 which contains this previously unpublished work ($6 on Amazon including S & H).

I have also been reading straight through Eliot’s selection of  his own work he wanted to preserve (Collected Poems 1909-1962) and have just reached his final masterwork “Four Quartets” which I have read many times and am re-reading.

Eliot’s careful restriction of access to his unpublished work and his recently deceased wife’s resisting scholars use even of quoted published material makes reading about him intriguing and frustrating. There are letters written to and by him which were sealed by his wife only to be revealed in 2019. So the scholarship is evolving. Gordon seems to do a pretty convincing job of making a coherent story in the midst of this.

Ackroyd is just Ackroyd a writer I love and also find frustrating and oblique. He weirdly inserts himself into his bio of Dickens in the manner of the post-modernist (or whatever label you want) he is. I have also read some of his fiction. I like it that he knows so much more than I do and find reading him opens my head a bit. His bio of Eliot is very preoccupied with the ideas Eliot was working on as a student of philosophy as well as Eliot as poet.

One thought on “what does t.s. eliot know about you?”