Yesterday, Eileen and I hosted a visit from two friends from our past.

Michelle Rego who attended Notre Dame but became my friend after I moved to West Michigan.

It was a delight to have these two people in my house. Both are excellent musicians and are still laboring away in the trenches of excellence in Church Music for the Roman Catholic church.

I astonished myself a bit as I found myself drawn to my old role of cheer leader.  The Roman Catholics have moved further and further away from the vision that drew me in originally. This vision for me was the Vatican II renewal.

I think Michelle was actually the first person to receive the interdisciplinary degree in Music and Liturgy degree from ND. This is the degree I also received and I believe so did Jane. Jane mentioned that when we were involved with the program at Notre Dame it was as though we were on the “cusp” of something positive and good for the Church. Since then (1987 or so), all three of us witnessed the gradual change that Jane pointed out culminated in the recent declaration from the Vatican that insultingly equated pedophilia with women priests.

Michelle and Jane are still working for the Catholics and serve with an annual conference at Notre Dame (called Summer Song – link) which is attempting to keep the small candle of positive energy burning in the face of such dire negative energy.

Jane has some disturbing insights for me regarding the history (devolution?) of this idealism and the bad behavior of people we respect at Notre Dame.

Despite our mutual commiseration it was wonderful to spend time with these people and I’m hoping to rekindle my connection to both of them even though Michelle is living in Florida and Jane is in Massachusetts. Jane mentioned that she is not far from Keene, NH, where my brother recently located. Her husband, Randy, is also a colleague and I would love to see them in their natural habitat Boston. Maybe Eileen and I will connect when we go and visit my brother Mark.

In a fascinating bit of synchronicity,  the BBC has recently begun running a radio dramatization of Hesse’s The Glass Bead Game or Magister Ludi).

I listened to it during the night. This novel had a huge impact on my life as a musician. I was thoroughly under its influence when I first started studying music at the college level in the late 70s(Ohio Wesleyan  U in Delaware, Ohio). I literally took on some of the silly stuff of the novel which idealizes and critiques the  ivory tower nature of academia. 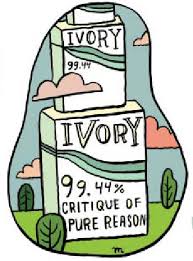 Now at this stage of my life, after having sat in my little house in Holland Michigan with two old friends discussing the state of our field, being reminded of the story of Joseph Knecht (the Magister Ludi in the novel) brought me full circle. 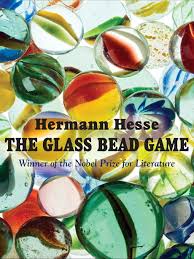 This circle moves from the misguided but stubborn idealism of the beginning of my real study of music in Ohio through what I have learned in the ensuing decades about people and music to where I am now.

I am particularly interested in the idea of “play” and “playfulness” and how it relates to having a good life. Hesse’s game is a construct of beautiful but useless connections of information.  It takes on a new significance for me when I think of it more clearly as playfulness and less as his parable of the perils of the separation of learning from society.

Hesse uses the Christian church to symbolize historical and hence chaotic challenge to ivory tower learning. This feels pretty dang ironic to me.  The beauty of Hesse’s idea of a “Glass Bead Game” is that it draws connections between disciplines and excites in me the idea of the fascinating coherence and interconnectedness in human knowledge and art. From my vantage point and experience both academia and religion are pursuing the chimera of simplistic and ill informed solutions to the challenges they are presented with in our time.  Both are run from the beautiful chaos of living and human playfulness. If they are not running they are at least oblivious, but I think it’s stronger than that.

This is probably not all that new but it is sort of a new insight for me.  My conversation last night with my two friends and Eileen has me thinking about the real life applications of idealism, learning and even (godhelpme) current spiritualities.

Heady stuff for early Sunday morning. Heh. But as the Firesign Theater slogan goes: “Living in the future is a lot like having bees live in your head.” 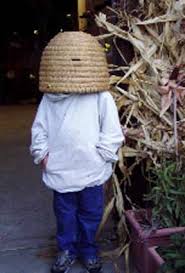