My oldest daughter Elizabeth is visiting. It’s so pleasant to have her around to talk with and be with. She is understandably jet lagged from flying from China which is exactly 12 hours ahead of us here in Michigan. She, Mom and I had some take out in the back yard yesterday which was nice.

So life is going good as usual. 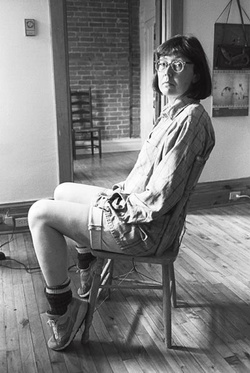 I had left off in a section called “Decreation, How Women Like Sappho, Marguerite Porete and Simone Weil Tell God.” There are three little essays on each woman and a final concluding essay in this section. I finished the third one this morning on Simone Weil. I bring it up because it is Weil’s use of the word “decreation” that seems to have influenced Carson.

Although there is a dictionary definition of “decreation” Carson credits Weil with a neologism type use of the word.

“She [Weil] had a program for getting the self out of the way which she called ‘decreation.’ This word is a neologism to which she did not give an exact definition nor a consistent spelling. ‘To undo the creature in us’ is one of the ways she describes its aim.”

Carson is quoting from Weil’s Gravity and Grace translated by A. Wills.

In all three essays Carson is talking about ways to lose oneself, to “undo the creature in us,” in order to draw closer to life and living. Her writers are talking about mysticism. But it puts me in mind of Glenn Gould’s “zero to one” formulation regarding music. Gould was talking pragmatically about performing from his point of view. He was talking about desiring a kind of anonymity for the producer of the sounds and giving over the process to the listener.

I have taken a further step and thought of this as the struggle one has to stop “thinking too much” when one plays and to naturally let the music flow through you as you play.

This of course leads to Christopher Small’s ideas about musicking and relationships as the base understanding of what is happening in the action of musicking.

So no one “owns” music. Music is not a thing but an action and a social one at that. So we “undo the creature” that we have created in our minds, the creature of the expert performer and the passive listener. I think this is a reason I am drawn to dance and rhythm. I see music as gesture. How do you own a gesture? You can learn about it. You can do it. You can even teach others to teach themselves how to do it. But it remains movement captured only in the time it takes to do it. 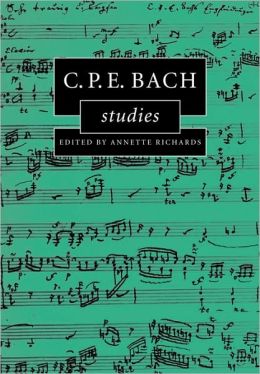 It was entitled “Diderot’s Paradoxe and C. P. E. Bach’s Empfindungen” by Richard Kramer. Kramer attempts to shed some light on both Diderot and CPE in it. Diderot’s paradox is that in order for an artist (actor) to express a feeling he must distance himself. Diderot talks about “nature’s man” as a sort of authentic expression of feeling. He interpolates “the poet’s man” as a sort of go between authenticity and expressions calculated to relate this authenticity. And finally points to the “actor’s man” as the one who recreates the feeling with art.

He contrasts this with C.P.E’s conscious art of sensitivity usually referred to with some version of the German word Empfindungen. This word is apparently untranslatable but covers a wide range of ideas and emotions that Kramer says entails “feelings, perceptions, sensibilities, sensitivities, sentiments.”

It’s an interesting idea to compare these two contemporaries who knew each other through correspondence. I don’t think the article quite works because Kramer descends into a pedesterian consideration of some specific CPE harmonic structures as corollary to Diderot and even some of Laurence Sterne’s prose techniques. The harmonic explanation is quite convoluted and involved. I sort of enjoyed making sense of it, but began to doubt it’s application to his thesis.

It was more fun to sit down and play a movement from one of CPE’s piano sonatas.