Usually I’m a defender of how tech impacts the quality of my life. And in general I am very happy with the ways the digital technology has improved my access to information via books, online reference access, music and people. I also realize that digital technology has changed the way I do many things. For example moving from typing on paper to typing on a screen and only printing it on paper if need be. Also making music notation and recording have improved immensely due to new tech . All good stuff.

The basic bug I have is poor design. Or at least that”s how it seems to me.

One recent problem I have had is with a little application on my phone called Evernote. The idea is great. I should be able to make little notes to keep on my phone. I can do it online so I can type them in with a larger keyboard (I text but am not proficient at it. Some of this is that I have a scar on one thumb which makes thumb texting next to impossible). Also Evernote allows one to append a picture or a recording to a note. It even has a clever little box you can put in a note so you can check things off a list. All good, right?

But recently I have found relying on this app is not a good idea. More than once I have found myself in a store and unable to pull up the latest version of a list of stuff I have wanted to remember. It should sync automatically across platforms, right? Not so.

The final straw came this week when I had pinned (as they say) a couple of notes on the access window of my phone. Evernote allows one to take a picture of a web site and then recall it in a note. I had done this with a couple of books I wanted to look at when I was at the library. It’s the equivalent of jotting down a call number for a book. 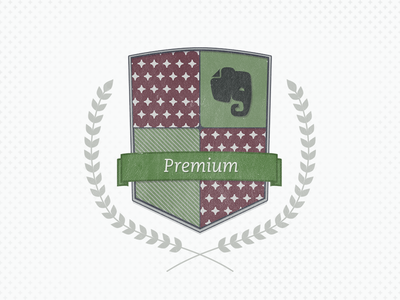 Only it’s not. Because when I called up the notes, instead of seeing my note I saw a little message that said my note was loading and would I like to upgrade my Evernote to Premium (i.e. pay version). The note never loaded and I ended up looking up books at the library’s online card catalog.

Yesterday I went grocery shopping. I simply took the list from the fridge and put it on a clip board. High tech.

And while I’m bitching, I am annoyed by the design of web pages (like the New York Times) that insist on having two pages for an article. So if I notice an article is several web pages long, the first thing I do is try to get a single page in front of me. I do this because I often have to refer back and forth in an article and it is cumbersome and annoying to have to load each page back and forth in order to do this.

I also have decided that moving things on the computer screen should be a matter of choice for the viewer.

I have found that movement on a screen draws my eye and interrupts my concentration.

No doubt that’s the intended effect. It reminds me of a famous quote (famous to me) of an advertising exec I read in a news report once, “People LIKE advertising,” the dope said.

And my final complaint (in THIS list) is when I pull up a page online and it automatically begins audio or video or often both. I have been known to simply close the window and either re-evaluate my need for the information I was seeking (i.e. forget it) or find it elsewhere.

I attribute some of my frustration to my own eccentricities, but surely some of this is bad design.

2 thoughts on “things that bug me about tech”