After blogging yesterday I spent the entire day (10 AM – 4 PM?) picking out final choral anthem choices for the rest of the year. I had roughed in the entire year in the fall so it was a bit easier but I did take pains in choosing them. At 4 PM I went to church to look quickly at some anthems, pick out organ music for a week for Sunday (thus staying a week ahead in what I submit for the bulletin), and practice organ a bit. Back to the house to treadmill. 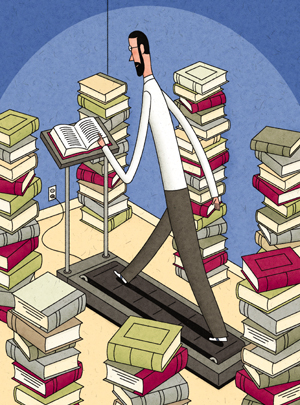 While I treadmilled I finished the New York Times and then read my Kindle copy of Reinventing Bach by Paul Ellie on my laptop using the Amazon cloud reader. When I got to the part about Bach visiting Buxtehude, I put Buxtehude up on Spotify. Life is good. This morning when I fired  up my Kindle and synched it the note I made on the cloud was there. Cool.

Yesterday I emailed the chair of the ballet department that I could do the scheduled she had offered me. Emailed music ministers to remind them of Saturday’s Twelfth Night party at Casa Jenkins.

Finished The Game of Boxes by Catherine Barnett.

Here are a couple poems from it I liked:

We didn’t believe an elephant could squeeze into church
so we went to church and waited while the priest
kept saying listen and forgive and the animals all around us
listened, or didn’t listen, some strained against leashes,
some wore disguises that made them look like people we knew,
people we should forgive or be forgiven by,
we didn’t know which, even the elephant
looked like someone we knew, flooding the doorway
like a curtain of light, swaying from side to side.
Her hide was cracked down to her feet and her eyes,
they shone like glass before it breaks. She looked
like she might fly but only walked down the aisle
in a dirty gown of wrinkles, so wrinkled and slow
and vast and silvery, the whole galaxy shivering.

Late at night the mind quiets, or
when listening to Mozart. All the studies
say so, they show maps of the brain
when you’re having chills listening
to something beautiful the way a man’s cry
is beautiful to me I’m ashamed to say.
The part of the brain where music gets processed
is close to my memories of a few men
in flagrante, or whatever that is
when they open their mouths and cry out
and for a moment the brain lights up.
“Present,” I might have said
though for most of those nights I wasn’t,
not really. I wanted to be.
I don’t like to think about the past,
I was afraid to say “here”
though there I was listening. 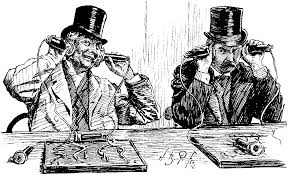 My Congressman says having a local office in Holland  is not as important as it used to be  “most of his constituent work is now done online or via the phone, as opposed to person-to-person in past years.” Wow. I wonder what “redrawn district” means in this article.