I continue to be pretty busy. Yesterday morning before class, my teacher mentioned to me that she had requested me as pianist for two of her classes next semester. For me, this is the highest form of praise: being asked back and to do even more. Very flattering.

It was in this teacher’s class that I felt I had not done well on a couple of exercises last Friday.

My Mom and I went out for lunch yesterday at 8th Street Grille (no martini for Steve in the middle of a busy day).  It is so encouraging to see her old self emerging from this time of distress around my Dad’s illness and death. After lunch she walked two blocks to Kilwins, the fudge store, and bought a bunch of fudge. After that, she wanted to go the the Dollar Store before her eye appointment. She is rockin!

I managed to get some organ rehearsal in before leaving for my rehearsal in Grand Haven. Last night there was no student pit orchestra, just myself at the piano starting and stopping music as the choral director choreographed a pretty complex scene. Thankfully it only took three and half hours, not the five hours these have been running this week.

I feel tired this morning but not as exhausted as I have been.

Amanda my ballet teacher who I will be working with again next semester mentioned to me and the class that next week she wanted to do a bunch of tango moves. Actually they’re not tango moves, they are classical ballet moves such as grand battement (large beating or kicks). 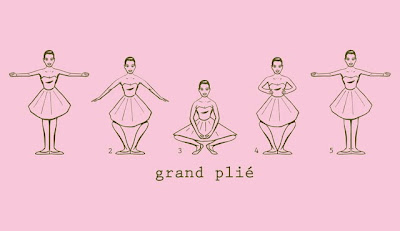 So I have been printing up a bunch of the tangos on my favorite copyright free music site: http://imslp.org/wiki/Main_Page

I also have been preparing some Telemann scores to go along with the little Telemann anthem I have scheduled for my choir to sing a week from Sunday on Christ the King. I am going to invite my string players to help me with the prelude and postlude. If they decline, I was thinking of doing the same pieces on the organ: RH playing the violin part, LH playing the keyboard chords and Pedal doing the cello part. This is feasible but requires some preparation. Next week is the performance week for the musical. It will be another brutal schedule week and probably not the best time to pick something for the prelude and postlude that requires a lot of rehearsal.

So this morning I was looking at Telemann scores on http://imslp.org/wiki/Main_Page when I remembered I own a little book of Telemann fantasias for keyboards. Telemann didn’t write much organ music. That’s why I’m flopping around trying to figure out what to do to match the choral anthem.  (Telemann was the godparent for one of Bach’s children and was much more popular in his lifetime than Bach was. I like to think of them as friends.) 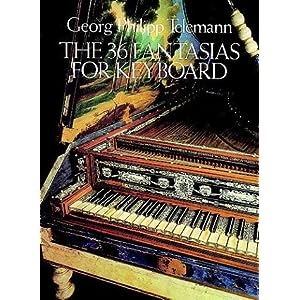 Anyway, these are pretty easy and if my string players aren’t up for another Sunday right away after playing last Sunday, I will choose a prelude and postlude from this book.

Off to go check my tangos. Life is good.