Charles Taylor mentions Adam Smith’s notion of “the invisible hand” of the market in his book A Secular Age. Taylor’s book is a meticulous and fascinating examination of how our civilizations got to the point they are now, namely that “exclusive humanism” (by which he means a belief in humanity but not religion) evolved. 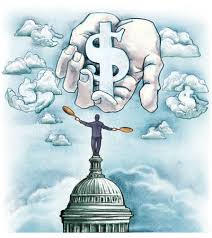 When he mentions the “invisible hand,” however, he cannot resist observing that neo-liberals (this means the ruling ideology of the USA for the past umpteen years) are in fact advocating some pretty cynical notions in their endorsement of the idea that the market will rule benignly, even benevolently, if left alone. 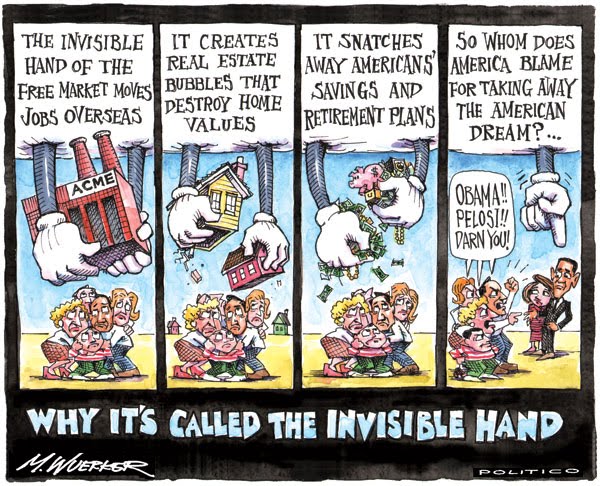 Taylor says the notion of “invisible hand” relies on “corrupt” actors. By which I think he means, people who operate purely out of self interest. He implies that this notion is not compatible with most religious faiths which seek the betterment of humanity and the pursuit of the good of the community.

Here’s how he puts it.

“One might think that the Smithian notion of an invisible hand defines a new ‘normal’ order, one of mutual enrichment; and in some ways it can be treated as such, and is so invoked by various neo-liberal boosters of ‘the market’ in our day. But it is not an order of collective action. It requires, to operate properly, a certain pattern of interventions (keeping order, enforcing contracts, setting weights and measures, etc.) and (tirelessly stressed) non-interventions (get the government off our backs). What is striking about the Smithian invisible hand, from the standpoint of the old science, is that it is a spontaneous order arising among corrupt, that is, purely self-regarding actors.” p. 183

I find this ironic when listening to the right wing radicals splutter their weirdness in the context of fundamentalist Christianity. I had a pleasant surprise yesterday while attempting to renew my computer security subscription. I use Trend Micro and subscribe to their cheapest software. As I was renewing it yesterday, I noticed that they offered a “computer PC clean up” for around $25. They claimed that this service would address issues of slow computers. What the heck. I signed up for it.

It turned out that the service  consisted of one of their techs taking remote control of your computer, downloading a powerful software, and going over your computer with you sitting there watching and talking to them. 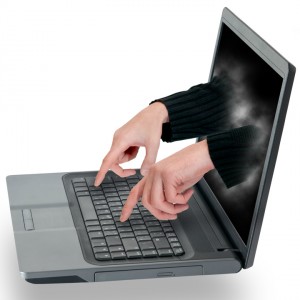 I asked if the software the tech was using was available for purchase somehow. Nope. Sooprise sooprise.

Not sure how much faster my old desktop will run now, but at least I have the satisfaction that some of its issues have been addressed.

In his column yesterday, Kristof addresses something that I see functioning a lot, namely that many people only get information they agree with. The nature of many situations online is that the we are catered to and offered choices that are expected to attract us. So that the bias we experience as consumers of information is necessarily a narrowing one.

The only way to combat this is to be more active about seeking out sources we disagree with.

Kristof believes that the radical right by turning to hate radio and other sources is in the process of hurting itself and the country.

Emailed this article to some friends who speak German and English. Fun stuff.

2 thoughts on “the invisible hand and remote control”