Brian Coyle, chair of the music department at Hope, was kind enough to loan me his copy of The New Real Book, yesterday. This means that both Amy my violinist and I will have a copy to work from in our Thursday evening gig.

“Real books” began their lives as illegal collections of tunes working musicians needed to have access to.  Also called “Fake Books,” they made the transition from expensive illegal contraband to legal college text books in jazz music departments. 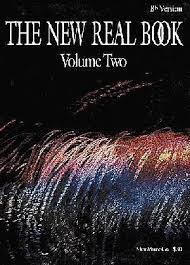 While they have plenty of jazz tunes they also have lead sheets for the standards that a lot of jazz is based on. These are the kinds of tunes I am hoping to zero in on for my violinist whose experience of popular music seems to be playing in a wedding string quartet.

Brian also loaned me his CDrom of all six extant Real Books. I went through Vol 4 & 5 last night (The New Real Book II & III) and printed out 2 copies of a bunch of tunes like “Blue Moon” and “Mood Indigo” that I thought might sound nice on violin.

Amy and I are meeting today and will nail down a play list. I also linked her to a couple more classical violin pieces by Telemann and Haydn.

This took quite a bit of time yesterday. I did do some relaxing. I managed to spend a little quality time with Eileen yesterday and then do some cooking while I was exercising.

I used a new quiche recipe I found online:

I adapted this recipe to include meat and veggies I had on hand. Eileen’s meat side of the quiche had bacon and chicken in it. My side was heavy on the sweet red peppers and green onions. It was quite good. By the time I delivered to Eileen for our weekly supper at her work site, I was pretty pooped.

I spent the rest of the evening reading. I’m about half way through William Cobb’s Substance of Hope and am finding it a brilliant and insightful analysis of Obama’s presidential campaign. I am learning things that I missed (Did you know that Jesse Jackson had an oops moment with the pressing saying he wanted to “cut off Obama’s nuts”? (link to news story from the time) I didn’t.

I have spent my life strongly identifying with Black Americans (as they were known through much of my youth).

In 1972, I cast my first presidential ballot for Shirley Chisholm. I found out in Cobb that the Congressional Black Caucus refused to support her run for president.

Just 12 years earlier my dad was frightened of the liberal ROMAN CATHOLIC Kennedy and cast his vote for Nixon. Dad’s life journey was one of moving toward the issues of his day.  Before he died, Eileen helped him cast his last presidential vote in 2008. We all wondered if his recent infatuation with the TV hate-monger, Lew Dobbs, would influence to vote for McCain. But he voted for the campaign in which his granddaughter, Elizabeth, was working: Obama.

Cobb devotes a chapter to the Jeremiah Wright period of 2008 campaign (“Of Jeremiah Wright: The Meanign of Change on the South Side of America“) and one to Jesse Jackson’s relationship to it (“The Jesse Problem: The Black President and the President of Black America“). I finished both of them last night.

In the chapter four (“The Black Machine: The Old Guard and the Age of Obama“), he outlines Obama’s relationship to the Civil Rights leaders. Cobb is  a brilliant and insightful commentator on contemporary America.

“By turns and degrees his (Obama’s) professorial cadences acquired more gravy, his rhythms came to echo those of the black pulpit, he ditched the occasional auxiliary verb…

“During that spring I saw Obama speak to majority black crowds and majority white ones. He used two vastly differing styles. One was serious and professorial, with an unflappable undercurrent of cool; the other was loose-limbed and colloquial yet with that same air of coolness. The question was note whether Obama was pandering—he absolutely was. The question was which audience he was pandering to.”

Cobb quotes a speech Obama gave in Selma at celebration of the 1965 voting rights march there. He gives it as an example of how the young Obama recast the civil rights movement into his own story and the global story.

Cobbs quote (which precedes the above quote) begins with a dropped auxiliary verb:

Obama speaking to the crowd:

“People been asking, ‘Well, you know, your father was from Africa, your mother, she’s a white woman from Kansas. I’m not sure you have the same experience.’ And I tried to explain, ‘You don’t understand. You see, my grandfather was a cook to the British in Kenya. Grew up in a small village, and all his life, that’s all he was—a cook and a house boy.’ And that’s what they called him, even when he was sixty years old. They called him a house boy. They wouldn’t call him by his last name. Sound familiar?”

Having read The Audacity of Hope, I recognize the Obama in Cobb’s book.

I also can see how the man who wrote the above book transformed into the leader he is now. People on the right often paint him as basically un-American and people on the left as a traitor to the cause. I think a consistency can be traced in his life as a leader even when he takes turns I don’t agree with.

This group uses laptops instead of sheet music. Cool.

Civility in Arizona. It could happen.

Sunday, Randy Cohen in an answer in his column gave an excellent synopsis of how I see copyright.

“The founders did not design copyright to enrich some colonial Warner Brothers but to make ours a land of innovation. Hence Article I, Section 8 of the Constitution seeks “to promote the progress of the science and useful arts, by securing for limited times to authors and inventors the exclusive right to their respective writings and discoveries.” Randy Cohen

This news story describes the courage of a young American as she puts herself on the line for her struggle. Very inspiring to me. 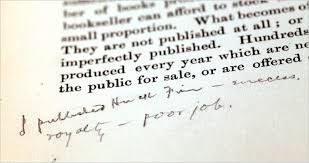 Article about notes people have written in books they own. 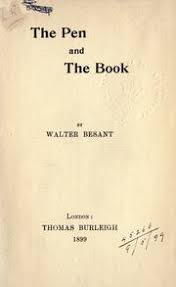 My favorite was Mark Twain’s comment in The Pen and the Book by Walter Besant: “nothing could be stupider” than using advertising to sell books as if they were “essential goods” like “salt” or “tobacco.” 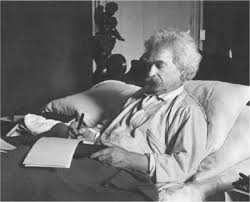 Pictures from an Institution by Randall Jarrell, an excerpt

I recently discovered that a poet I like has written a novel I didn’t know about. It’s a satire on college life in the 50s. The King of Limbs : Where are you? Radiohead CD

Broke down yesterday and bought MP3 version of Radiohead’s new CD. Played it in the background while I was reading.  Sounds like Radiohead. I like it.

One thought on “sound familiar?”