It was just in yesterday’s blog that I whined about not having conversations about musical composition. Then, as I was waiting for high school students to get their shit together to practice, the high school band director dragged me into his office and asked me a compositional question about a jazz arrangement he is working on. Cool.

My high school students sure have a weird way of practicing. 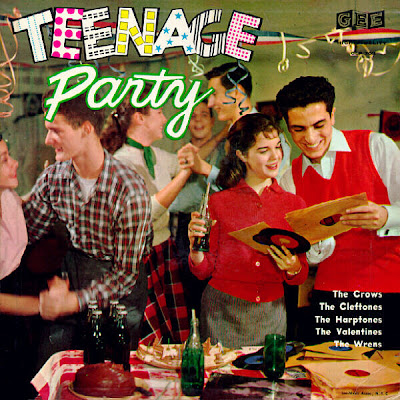 Both of the rehearsals scheduled have not begun on time.  All of the music they gave me in the first rehearsal was ignored in the second. Of course, I had taken all their loose sheets and put them in sheet protectors and alphabetical order.

A couple of the players have good ears and their playing reflects it. One guy (I’m trying to be a bit deliberately vague here so as to not be creepy.) seems to not notice when people are giving off standard signals about what is happening in the music such as soloing and ending. These are high school students after all.

Although I think it would have been easy to do some gentle guiding or even to take charge more, I chose not to do this. Instead, I tried to sort of go along with whatever they were doing and let them call the tunes.

This is in stark contrast from a rehearsal earlier in the day with the string players from my trio. Unfair to compare really. But I am having a ball working with these musicians. We rehearsed stuff for Sunday. Then I suggested we read a slow movement from a Mozart piano trio. What fun really.

After supper last night, Eileen and I stopped at Meijers and I bought an ink cartridge for our printer. This enabled me to come home and do a final edit of the piece I wrote this week for the Grand Rapids Composer group and then print up a few copies of it.

When I played it on the Midi option from the software I use to write out music (Finale, same as the aforementioned band director), Eileen especially liked the little piano part I wrote for it. I feel like the Grand Rapids Composer group does keep me thinking about composing and sharing with other composers. Not all bad.

I have my first ever Alexander Technique lesson scheduled on Monday. I’m very interested in how this will go. I learned about this stuff from reading Robertson Davies.

He is another author I have read a lot of and enjoyed immensely.

Of course I ended up scheduling some organ music for this Sunday that is requiring some preparation. It would be a good Sunday to glide through the service since I have an afternoon recital. The adult choir is only singing at the recital. The youth are singing this Sunday.

But I found two compositions based on the tune of the sequence that weren’t too bad. The really interesting one is by Emma Lou Diemer.

It is dissonant and very cleverly written so that the prominent melodic elaboration of the tune is accompanied by clusters of chords and bass runs that also move carefully if obscurely like the melody. Emma Lou Diemer is one of those church musicians that might inspire a bit of a sniff in many trained church musicians. Some of her work is kind of hokey. But some of it isn’t. And actually needs to be rehearsed. She is 83 years old at this writing.  According to her website [link] she is still an active concertizer and seems to continue to produce compositions. Admirable.

Besides the trip to Grand Rapids today with Eileen (she has the day off), we are taking my Mom out to breakfast. She will probably want to pay. She usually does.  This counts as my weekly “try to get her out of the apartment” trip, I guess.

I don’t have so many links today because I haven’t had so much leisure time this week. Drat. I try to goof off more than anything else. On the other hand, I did get a ton of stuff done this week, cleaning, composing and prepping for Sunday.

It just tarnishes my self image as one who spends his life goofing off. But toujours gai, archie, toujours gai. There’s some life in the old gal yet. As mehitabel the cat says.

0 thoughts on “some music talk I guess”