I am feeling better this morning. Maybe this dread illness is finally going away.  Last night I was not as exhausted as I have been when it came time to go to bed.  All signs to the good.

Yesterday I spent the entire day resting. For me this meant alternating between reading and playing piano. I guess that’s what I usually do with time off anyway. At least if I’m not working on composing some music or something. 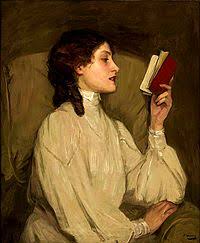 I dipped into my Dostoevsky (Brothers Karamazov), Reinventing Bach, Musicking (by Christopher Small), Christianity: The First Three Thousand Years (Diarmaid MacCuloch), and “Six Months, Three days” a short story from Some of the Best from Tor.com 2011.

The short story was pretty weak but I don’t mind a sci-fi short story once in a while. I spent most of the time however doing escape reading in A Feast for Crows (Book 4 of Games of Thrones).

In between I snuck bits of Bach English Suites and Mendelssohn piano pieces in on the piano.

Today I have no scheduled tasks, other than prepping for upcoming stuff. I usually turn in music on Tuesdays for the bulletin a week from Sunday. In this case that would be Lent II. I am thinking of scheduling simpler organ music for this Sunday (Eileen’s suggestion as she watches me sweat bullets over preludes and postludes). I also am playing at my Mom’s nursing home on Thursday for Valentines day. ‘The Endgame’ and ‘My Share of the Task’ – NYTimes.com

In this book review Bacevich takes propaganda volumes by players in the Iraq war to brilliantly shreds.

One side believes, at least in principle, in letting its policy views be shaped by facts; the other believes in suppressing the facts if they contradict its fixed beliefs.

This interesting recording is mentioned by Paul Elie in Reinventing Bach. It illustrates a theory that Bach was quoting certain chorales in the unaccompanied violin sonatas. The Hilliard Ensemble sings snippets of them (including a cappella bits from the cantatas) and they are interleaved with the violin piece. I do love the Hilliard Ensemble. I bought the MP3 album since it’s not on Spotify.