According to my BP which is still high I guess I’m not relaxing yet. But I am trying. I read a chapter each in the two music books I am reading:  Listen to This by Alex Ross and Every Song Ever: Twenty Ways to :Listen in an Age of Musical Plenty by Ben Ratliff.

Both authors refer to musical examples and inspired me to begin playlists of the stuff they refer to. Interestingly they both made reference to “Reminiscing in Tempo” by Duke Ellington.

“Chacona, Lamento, Walking Blues” is the title of the Ross chapter.  Inspired by a lecture, Ross heard Ligeti give in 1993, it attempts a huge overview of the use of a repeated descending bass. Ellington’s piece barely qualifies. Ross describes it as “thirteen-minute jazz fantasia propelled by a short chromatic ostinato.” To my ears, the repetition is varied and hardly ever chromatic except between the 2nd and 3rd note. 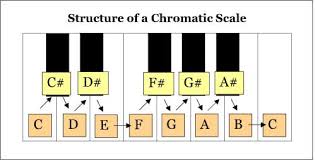 But I still find the piece interesting since according to Ross “It was written in the wake of the  death the composer’s mother, but it keeps sorrow at bay…”

Ratliff is looking for more clarity about how listeners are thinking about the music to which they listen. He mentions Ellington’s piece in a chapter called “Let Me Concentrate! Repetition.” This chapter wasn’t quite what I was expecting. “Repetition often leads to length, to the expansion of an idea,” writes Ratliff, “The idea of dividing a recording into a ‘part one’ and ‘part two’ in order to accommodate and justify that expansion… began not as an aesthetic conceit but a necessity, when classical pieces were divided across sequential sides of 78 RPM records. In 1935, Duke Ellington imitated that convention with a curious, inward, lovely, thirteen-minute, four sided piece, Reminiscing in Tempo.” 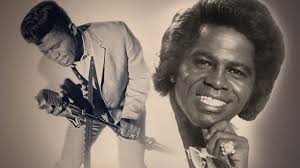 Ratliff’s inspiration for this chapter and the source its title is the James Brown piece, “Aint it Funky!”

Around 5:03 in the video above, you can hear Mr. Brown say, “Let Me Concentrate!” Ratliff comments, “All good repetition in music is embodied by that demand: let me concentrate!” He then moves in to talking about Steve Reich’s famous piece Four Organs which is basically nothing but repetition.

I don’t find Ratliff very convincing so far as redefining how music can be and presumably is being listened to these days. Both authors make mistakes as they try to talk specific musical techniques.

Ratliff says that the James Brown band goes from 4/4 to 3/4 (around 6:42 in the video above). To my ears there is no true triple at this point. Rather it’s just funky off beats but still in a duple way. If you tap duple throughout the break he is talking about, it seems to be more the way the band is thinking about the rhythm to me.

Ross screws up when he looks at the cadential hemiola to the ground of Dido’s aria “When I am laid in earth.” He describes the ground as “notes… like a chilly staircase stretching out before one’s feet. In the fourth full bar there’s a slight rhythmic unevenness, a subtle emphasis on the second beat (one-two-three).” To my ears, it’s a perfectly elegant cadential close which in hemiolic fashion doubles the triple feel thus: 123/ 123 to 12 3/1 23.

Despite these mistakes, I am enjoying the hell out of these books. I especially like Ross’s wide ranging movement between musical styles. I identify with this.