I have been neglecting my blog. I haven’t had the urge. My strength and energy is returning after a long bout with a reaction to a new drug. I continue to get up, take my blood pressure (still high), weigh (still too much), floss, brush my teeth, put on my new compression socks, do the dishes, make coffee, and settle down to studying Greek. 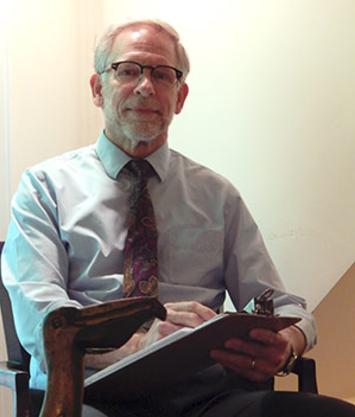 I had a good discussion with Curtis Birky, my shrink, on Friday. I told him the story of how I had cross swords with the executive editor of GIA, Bob Bastini. Bastini thinks that I play the RC folk music with too much elaboration. This is moot because I don’t play much of this repertoire anymore. Also, he rejected all of my compositions I submitted to him. Originally operating from Chicago, Batastini retired to his cottage in Fennville. Now he assists with the local RC church, improving the music quite a bit. Recently he seemed a bit defensive to me when I was talking excitedly about the acoustics of Grace Church. This is odd since he’s the “big kid.” 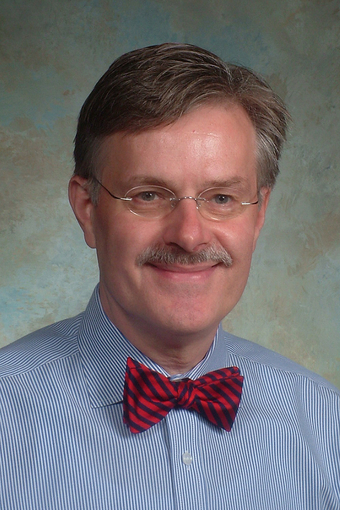 When I was in Detroit, I discovered I was the same age as a young virtuoso organist named Huw Lewis. I quickly figured out that he and I had completely different philosophies of music. I was jealous of his skill but not his approach.

In the nineties, Lewis accepted the organ professor position at Hope College here in Holland.

I moved here in ’87. It’s like these people are following me.

I’m just kidding about that. I was only trying to make my therapist smile, something which is not hard to do since he has a good sense of humor. He needs it in his line of work. 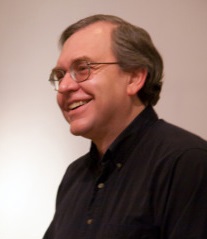 Talking with Al Fedak the dude who is playing today’s Joy Huttar Memorial Concert, I discovered that he feels that the Hymn Society of America is moving in the wrong direction by including praise bands in their definition of hymnody. Al is two years younger than me and served for a time as choir director for Grace church while he was studying at Hope. I mentioned to him that I admired the Hymn Society’s broad variety of members. I think I did this in a gentle non-reactive way.

Al is trying to figure out what to do with himself at this stage of his life. His gig at a big Presby church in New York is changing. The minister is leaving. The new minister will be a male, Al mentioned. Money is drying up a bit and Al expects to have his salary lowered.

I asked if he has anything else in mind to do. I mentioned that I followed the pattern of H. L. Mencken and am studying classical Greek in my old age. His eyes seem to glaze over when I mentioned that.

He’s a friendly dude, but like Batistini and Lewis (and practically everyone else) sees the musical life a bit differently than I do.  No biggie. 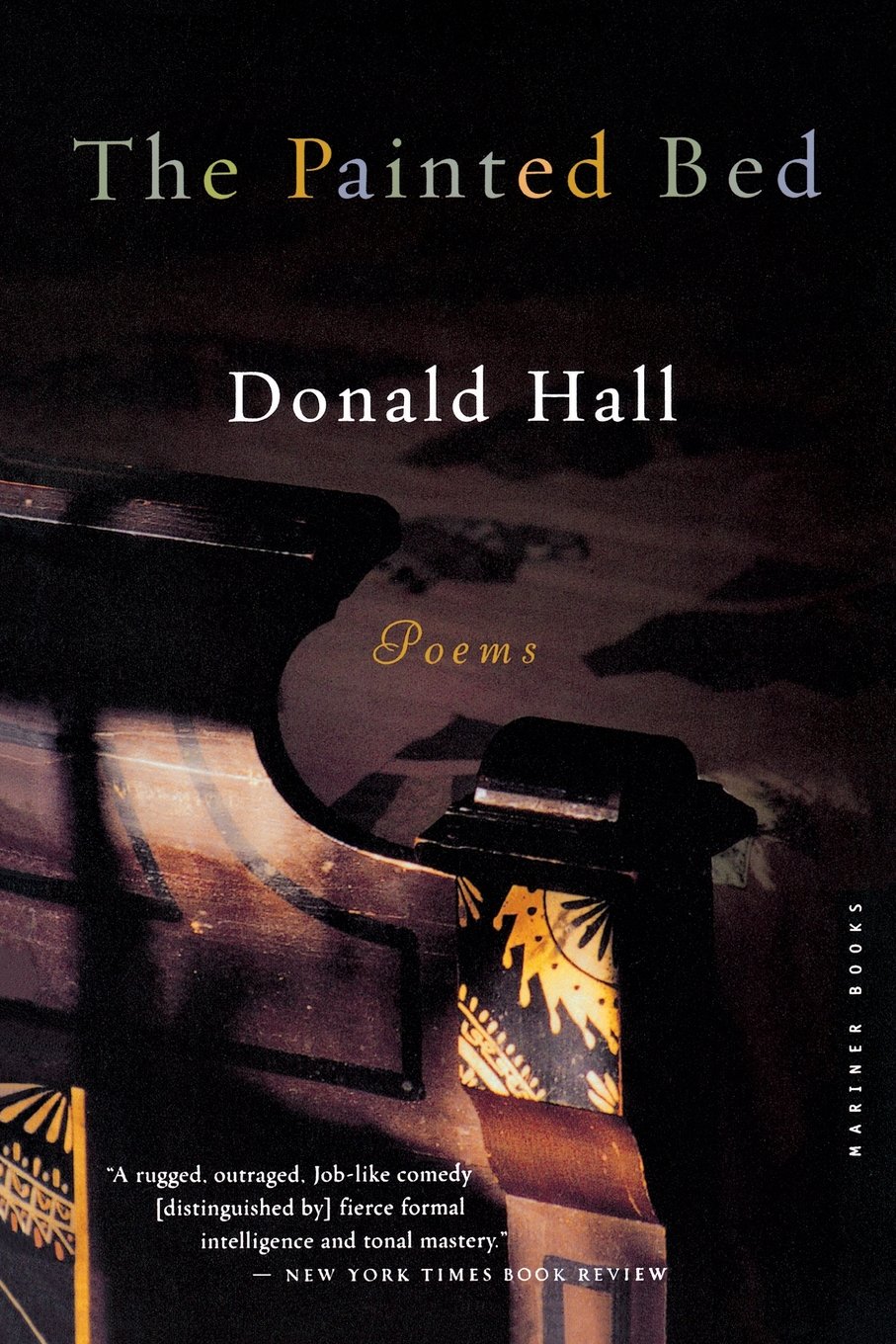 I finished reading Donald Halls book of poems, The Painted Bed, this morning. I may be in a rut since the last three books I have finished reading were by him. I want him to be good, but continue to find his poetry not that attractive.

This might be the best poem in the book. I put here instead of linking it to the New Republic where it was published because like so many web sites and apps these days the page was full of adverts.

On self-pity. Get Boston Globe.
Drink coffee. Eat bagel. Read
At nervous speed.
Smoke a cigarette.
Never forget
To measure oneself against Job.

I remember Burgess’s Enderby critiquing an angry young black man’s poetry, ignoring the anger and looking to the heart of the poems driving the young man crazy. I have that feeling about Hall. His concerns (which I do have some sympathy for… losing his wife) pall a bit and don’t necessary make good poetry. Here’s a few lines from this book I like:

from “Kill the Day”

“He slept on the fornicating bed of the last breath.”

“Her absence could no longer be written to.”

“Without birthdays, she remained the age at her death.”

“Love is the exchange of a double narcissism,
agreement of twin surrender, the weapons laid by,
the treaty enforced by by habitual daily negotiation.”

After The Painted Bed, Hall brought out White Apples and the Taste of Stone. I wonder whose idea it was to splash his name across the top with the second line reading “Poet Laureate of the United States.” These sorts of things mean less and less to me. Anyway, I have the library’s copy of this book and plan to look through it.

I read a poem by Earl Braggs this morning that I can’t find online to share. It’s called “Science is not Fiction, Wrong is Not a Direction.”

“…Two boys in love in a small town.
One had to leave so you left, trading everything for nothing
and nowhere stamped PORTLAND on a bus ticket.
This is a good place to disappear. Here the coastline

is rocky like your feelings. You are the King of Deception
and the Queen of Deceit. There is no place where
these two meet. Sure he said he loved you, but he had no one else
to love. Sure

they clapped for you when you read your science fiction,
but that’s what audiences do…”

about the state of this Portland weather forecast. Light rain.

No need for an umbrella. You don’t have one anyway,
so you walk around always in the wrong direciton until
you are soaked

into realizing there is no need to disappear,  in a city
this size, no one sees you anyway.”