Yesterday I nailed the music at church. I felt good about all of my playing which is unusual. I wonder if it had anything to do with yesterday’s insight. The one about music being such a constitutive part of everyone and recognize that worth and ability not only in others but in myself. I’m not sure about that. But I do know that it felt kind of ironic that I had done much less preparation for yesterday than the week before. The music was easier. But not all that easy. I mentioned my emotions yesterday. Their volatility is something I try to accept in myself. For example, I don’t listen to the NPR show “Story Corps.”

You probably know what that is, but in case you don’t it’s a tape made usually by two people talking about stuff in their life that has meaning. One sometimes interviews the other. A son interviews his father and stuff like that. Invariably they make me weep. I then also feel manipulated which is why I avoid listening to this show.

Yesterday when I was talking to Eileen about how wonderful I thought the small smile of the pianist and composer Conrad Tao at the completion of the Prokofiev sonata movement I embedded in yesterday’s blog, I began to weep. I am regularly overcome with emotion and weep, usually at beauty these days.

After telling her about this I mentioned how one of the critics in the link yesterday with all the music videos talked about hearing Beethoven’s Choral Fantasy played by Rudolph Serkin: “I’ll never forget the beaming smile that broke over Serkin’s face when he started playing the catchy theme of the joyous final section.” Again with the Niagara Falls.

Last week sitting by the beach I wept as I told Eileen how much it meant to me when Tyhimba Jess has his fictionalized Julius Monroe Trotter (a real person by the way) describe listening to the aging Scott Joplin play: “He launched into the next tune—I could hear him rasp the title—“Bethena.” This I had also heard my mother play—but while listening to the tune from I had determined by that time to be the composer himself, I suddenly knew it in a way I hadn’t ever imagined. Slower. Wrought.” 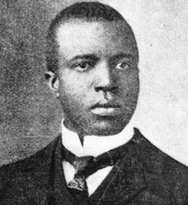 This meant so much to me because I know Joplin’s work and he always complained that people played his music too fast. It drew me into the story and gave it a new deeper authenticity.

This emotional energy is to a great extent in my genes. I see it in my Mom and Dad and I see it in my children and extended family  I am grateful it hasn’t been beaten out of any of us.

I only put this here because I think that climate change deniers are dramatically wrong.

Around the World in 50 Years – The New York Times

I just put myself on the waiting list of Less by Andrew Sean Greer the book reviewed in this link. I listened to a section of it recently published in the New Yorker read by him and recognized it from the review. It was definitely funny.

I link this hear because a respected New York Times music critic puts in print that he likes Eleanor Rigby is as profound as Mahler’s Resurrection Symphony.

The Desperation of Our Diplomats – The New York Times

Interesting analysis. Diplomats weigh in in the comments.

I get all kinds of college magazines in the mail. This article caught my eye. It’s fluffy in places but  I learned stuff from it. I linked it on Fakebook as well.

4 thoughts on “nailing and weeping but no gnashing of teeth”