The moon was low in the early predawn sky for the drive to Muskegon yesterday. It loomed a bit larger (refraction from the atmosphere, I suspect) and felt like a friendly companion.

Though I got a way a bit late, I was on time for my first student’s scheduled performance time of 8:15 or so.  This was my first vocal Solo and Ensemble and they are quite different from the many instrumental ones I have attended.

The most startling thing to me is that each singer gets a warm-up period alone in a room with a piano and his teacher.  At instrumental solo and ensembles, warm-up rooms are crowded and noisy as several people warm-up at once.

There was only one of the seven students I played for yesterday that didn’t go all the way through their two numbers in the warm-up room as preparation for the judging session.  Many of these benefited from this last minute run through.

One of my scheduled singers had an appendectomy the night before and of course could not attend. No one mentioned this to me until I began to ask after him when he was my next scheduled soloist.  Most of the students were prepared to pay me their half of my fee. The vocal teacher, Joel, forgot my check for the Booster’s half. He assured me he would mail it immediately. 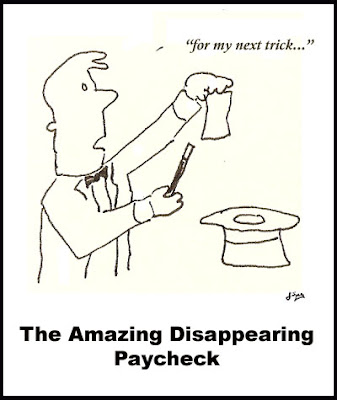 Once again I am begging people to pay me for my work. I guess that’s just the lot of the older weird looking outsider type music guy.

To be fair most of these people treat me with much more respect and appreciation than the local yokels both in the little town of Holland Michigan.  And since money has been a concern for me all my life, I think I am a bit over sensitive around these issues and try not to act weirder than is necessary.

The treat of the day for me was that my old friend, Peter Kurdziel, was also accompanying and we managed to have several nice chats together.

At the last event of the day, the choir director gave me a bunch of roses. It’s hard to feel unappreciated holding roses. Heh.

I drove home  and grabbed something to eat then Eileen accompanied me over to the church to prep for today. I had to make some (legal) photocopies for today’s post service rehearsal and stuff them and other pieces in choir slots for my choristers for today. I also needed to rehearse playing the anthem since the choir seemed pretty sketchy on it last week. It’s a 2-part (men against women as I like to say) rendition Handel’s Fourth Chandos Anthem, “O Worship the Lord.”  I practiced soloing out both the men’s and women’s part with my left and right hand. It’ll probably go fine today.

I didn’t need to rehearse the prelude and postlude because GELO (Grace Episcopal Liturgical Orchestra formerly the Grace Electric Light Orchestra) is making its 2011 debut and is playing those parts of the service.

I was happy to hear that the excellent sax player, Bill Bier, will be joining us for the postlude rendition of Donna Pena’s “Digo, si, Senor.” He will most likely do some wailing on that.