It has been a very weird couple of weeks. Previously I was feeling the stress of working two part-time jobs: church and ballet accompaniment. These created a relentless schedule in which I had little extended periods of solitude to read, study and think.

Then very abruptly everything stopped when I was diagnosed with a tear in my retina. Following the laser surgery I was instructed to cease all reading for a week. I was also not to bend or lift (in the terse instructions of  my surgeon). So I went from  a very intense schedule to no schedule at all. And the center of my life, reading and practicing, was forbidden. 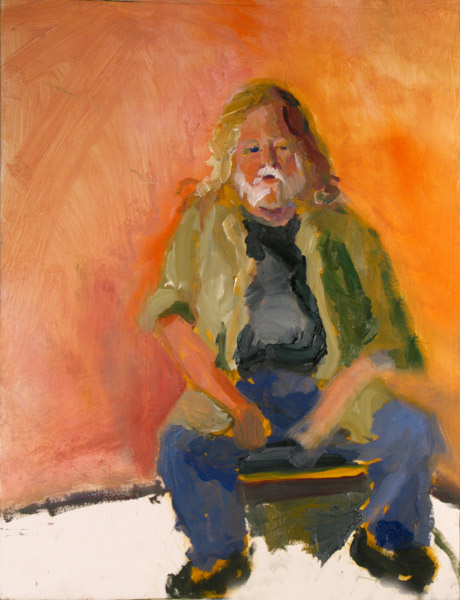 I responded with other solutions of course, aided by my very supportive family and friends. I listened to a good deal of David Foster Wallace’s The Pale King and learned more about passages I had read with my eyes. I availed myself of the New York Times weekday podcast which was much better than I had imagined and seemed to contain a judicious selection of complete articles. I listened to records with an emphasis on Glenn Gould’s recordings. I practiced scales and technique at the piano and memorized the C major invention of Bach using recordings are reference. I learned something about memorizing. My friend and colleague Rhonda E. invited me to listen to an entire program she is preparing to record during this period as well, something that didn’t require my eyes. Then I was given the go ahead to return to my schedule. But now my schedule would not include ballet since my responsibilities had conveniently ended the day I was diagnosed and had laser surgery. And I missed my last Kids Choir rehearsal, but still managed to invite them to their last schedule Sunday. My daughter Elizabeth arrived for a planned visit. It was wonderful to have her around. My life seemed to plunge back into a whirlwind of activity after a week of completely inactivity.

Elizabeth is a bundle of energy as well as an intellectually vigorous person to have to talk to. She busied herself sorting, organizing and discard portions of the stuff she and her husband have stored here in our home. She also helped me begin working on clearing out areas in preparation for our home renovation.  We even found time to cook together (Jiaozi – chinese dumplings). That was sheer pleasure for me.

[photo removed here at the request of person who owns it]

During this second week a lot of other stuff happened as well. Eileen and I drove to Grand Rapids on Sunday for a two and half hour presentation of candidates for Bishop in the local Episcopal diocese (which include my present beloved boss). Eileen’s new lawnmower arrived. Our wrecked garage  was fixed. The garage door was replaced and improved with the addition of a second door and automatic garage opener. My new replacement treadmill came in the mail. Elizabeth and I spent time with my Mom.

Whew. Today seems like a respite and I plan to take advantage of it.

Fourteen Canons on the Goldberg Ground

I somehow missed the fact that in 1974, 14 canons in Bach’s own handwriting were found on his personal copy of the published Goldberg variations. I ran across this in Reinventing Bach by Paul  Elie, which is funny because he is not exactly a music scholar but still I’m glad to know about these canons which continue to offer intellectual variations on the Goldberg descending bass idea.

Checking online led me to walk over to my bookcase and take out a book of essays and note a seminal reference essay by the dude who was heavily involved in this discovery. Brain science is moving along at light speed. Psychiatrists are hard pressed to keep up especially in terms of re-assessing and labeling mental illnesses. Fascinating.

One thought on “my crazy life”