On Tuesday, we took the kids to the books store which is part of our annual visit. We give them an amount limit and then pick out a few books for them that we want them to have. Eileen closely supervises Catherine the youngest in her choices. She consults with Savannah and Nicholas goes off and does his thing. 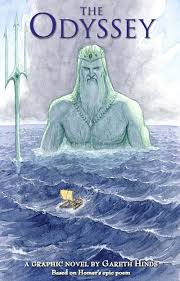 Believe it or not there were more than one version of this in graphic novels. This particular one retains some of the language of the original (“Sing O Muse…”). Nicholas has already finished reading it. Then yesterday I purchased mp3 players for the oldest two. Catherine the youngest got a little fake laptop that seemed to satisfy her.  This all was as a result of me trying to figure out how to share music with Nicholas. I wanted to give him access to Glenn Gould’s recording of the Goldberg variations and Pablo Casals’ recording of the Bach cello suites. By the time I figured out he could access them via YouTube I had already created the expectation that I would buy him an MP3 player as well

This gap seems to have been true all my life but is intensifying. In the introduction to Music of the Common Tongue: Survival and Celebration in African  American Music, Christopher Small writes of becoming aware that he was living in a soup of music that he hadn’t noticed (hadn’t thought of as valid or real?) until he had his music degrees and was teaching in college. I find this amazing. He calls the music in the culture he was missing: “light entertainment” or “rather intrusive noise from juke-boxes. I on the other hand grew up as a hopeless child of my culture.

I remember hearing music in many ways including music on the radio and TV and music on records in my home.

I was fascinated when we visited a radio announcer we knew in Greeneville Tennessee. Her name was Maxine Humphries and she was a voice on the radio in the lives of the town. I have a memory of going to visit her studio early one morning. The other employees were just waking up from sleeping on the floor all night. I guess they slept there because they didn’t want to be late for the next day or were still there from the day before.

I recall listening to a trumpet player on TV as a child and asking my Dad why he was doing “that” to the sound. “That” was vibrato and Dad told me that the player was trying to make the sound more beautiful. I remember thinking that it was more beautiful without “that.”

Then there were the records in  my life. My parents had a weird mixture of records. I remember hearing classical music on records as a kid. This is some of my first exposures to classical music and jazz I’m pretty sure. I specifically remember an anthology that had popular world classics of all genre. I have a copy of this set of records today and can clearly see how hearing pieces like Canadian Sunset and Ritual Fire Dance as a kid impressed me. Both of my parents sang and played the piano.

Most of the music they performed was religious. But not all. My Dad would play snippets of Chopin and Rachmaninoff always tossing it off as something he sort of had in his memory from studying as a young person.

Three times a week I went to church where my Dad was the minister. Every service had music. Most of it sung by the congregation.

All of this musical soup was part of what I perceived as music. Still is.

Yesterday I loaded up Savannah’s MP3 player with tunes she likes. The Theme from Scooby Doo. Many Disney movie tunes. But I managed to find some classical music she okayed to add to the mix. Moonlight sonata by Beethoven and a Bach flute sonata movement. 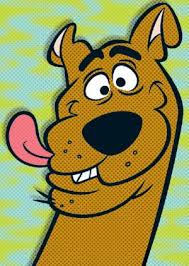 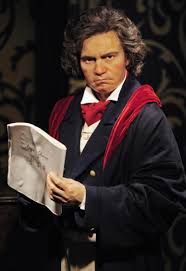 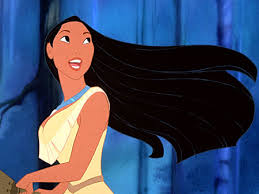 I think of the vast array of musical styles as part of the fun part of life (like loving, having sex, good food, poetry, good books). Not sure just how it plays out in other peoples lives but it doesn’t hurt to throw some music I love into the mix.

I guess that sums up my approach in general.