This is an amazing performance of Ibarra Quartet and Makoto Fujimura recently at the New York Club, Le Poisson Rouge.

I was in this room a few years ago with Eileen, Elizabeth J. and Jeremy Daum. I listened to some wonderful Baroque music and Medieval Spanish singing.

I love the variety and quality of stuff they put on their stage.

Eileen and I went to see “Rise of the Planet of the Apes” yesterday. It was fun. Neil Postman used to say that TV was at its best when it simply entertained. I think he meant the medium itself gets a bit shaky when it tries to be what it’s not (like a purveyor of information).  I think movies have gotten like this.  Very few makers know their craft in the way Spike Lee talks about. There seem to be very few intelligent movies being made. Instead we viewers sigh with relief when a movie like “Rise of the Planet of the Apes” comes along with an entertaining plot and visuals.

I saw a few of the references but most of them escaped me. The screens of the TVs in the primate house are very small. So the references on them are not very obvious. Other things are like the model of the Statue of Liberty, Caesar is putting together when John Lithgow gets attacked. Anyway,  Eileen and I both enjoyed this movie.

I seem to have a bunch of links bookmarked so I think I’ll just make the rest of today’s blog links and comments.

This is a repeat of a link from yesterday. But in reading it several passages leaped out at me. The following one is about something I sometimes ponder, namely the fact that civilians now are just as likely (more likely?) to die in war as soldiers.

“…[V]iolence was directed not just against soldiers but above all against civilians (a large share of the deaths during World War II occurred not in battle but under the aegis of occupation, ethnic cleansing, and genocide). And the utter exhaustion of all European nations—winners and losers alike—left few illusions about the glory of fighting or the honor of death. What did remain, of course, was a widespread familiarity with brutality and crime on an unprecedented scale. The question of how human beings could do this to each other—and above all the question of how and why one European people (Germans) could set out to exterminate another (Jews)—were, for an alert observer like Arendt, self-evidently going to be the obsessive questions facing the continent. That is what she meant by “the problem of evil…”

Now we live in a time when it’s not unusual for unarmed people to be fired on or blown up. This always strikes me as cowardice. This may be my western orientation, but so be it.

Judt says that immediately after WWII there was not the consciousness that eventually evolved around the Holocaust. This comes later in the 80s he maintains as people began to understand and memorialize the awfulness of one people exterminating another. 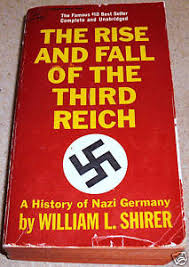 When I was in middle school (Junior High we called it then) the paperbook edition of Shirer’s Rise and Fall of the Third Reich was sitting on a shelf near my desk in study hall. I have a memory of reading most if not all of this book during the term.

It is probably my first conceptualization of the history of that war.

The whole book is available online. U of M has a huge collection of online texts(over 30K of them). Worth checking out.

I love this quote from this article.

“We as a nation must undergo a radical revolution of values. We must rapidly begin … the shift from a thing-oriented society to a person-oriented society. When machines and computers, profit motives and property rights, are considered more important than people, the giant triplets of racism, extreme materialism and militarism are incapable of being conquered.”

Martin Luther King quoted in the above link.

I too am a fan of Lapham.

On Race, the Silence Is Bipartisan – NYTimes.com

I was recently accused of “playing the race card” on Facebook when I mentioned racism.  It’s alive and well in Amerika.

Elizabeth linked this in for me on Facebook. I didn’t notice the running transcription on the right of the web site. I took notes on it and put the notes up on Facebook as well.

Julian Treasures has some important points about listening habits.  He points out that listening is not being taught in our schools and should be. Both Eileen and I can recall being explicitly taught listening skills in school as kids. Sigh.

In Honor of Teachers – NYTimes.com

Charles Blow tells his own story of being helped by a wonderful teacher. Many of us have stories like this to tell. I know I do.

The Story of a Dead Sailor, His Widow and a Bunch of Boneheaded Politicians – NYTimes.com

I filed this under “lies.”

I’m conflicted about stuff like this. I am sympathetic to people who are trying to bring to light what they see as injustice. But I also understand trying to hear the music.

I wonder what Hannah Arendt would have made of 21st century China.

Frustrating story of some crooks cheating someone who could use the money. 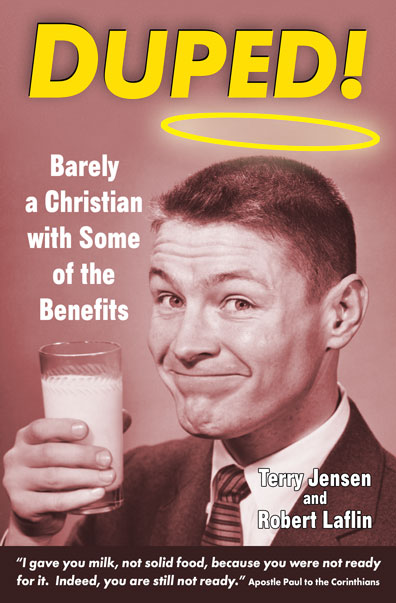