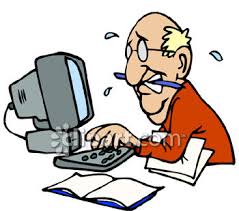 Got up this morning and put a descant by Erik Routley into Finale for the opeing hymn for this morning’s service. The tune is called 124TH and the words are “Eternal Lord of love, behold your church.”

I think I might be feeling a little guilty about my lack of motivation. Yesterday I had trouble doing anything too productive for work. Instead I cooked and studied Prokofiev, played piano and read mystery novels. Appropriate for a day off. But I had to drag myself to the church to rehearsal and prepare for today.

I was probably three parts exhausted and two parts discouraged about lack of paycheck. The last vanished when I saw that the church managed to get my deposit into my pending transactions online (see yesterday’s post for background on this).That was good. I numbered my score, labeled the themes according to Berman (it’s a one movement, strict sonata allegro form in a late romantic style), and played through the sonata. Great fun, really.

Prokofiev was 15 years old when he wrote the first draft of this sonata. Originally in three movements, he discarded the second two and presumably revised the first one into his first “Opused” composition.

Interestingly, his piano teacher at the time, Professor Anna Esipova at the St. Petersburg conservatory, (with whom he had a stormy student-teacher relationship) was critical of his pedaling in his own piece. She took the piece home and wrote in suggestions for better pedaling. As a mature pianist, Prokofiev was known for his restrained use of the pedal. In fact, the published versions of this sonata contain no pedal markings at all. Heh.

The fact that Prokofiev was a clear careful pianist who eschewed a lot of rubato and pedal is helpful in understanding his piano music. Once I learned this yesterday and returned to his first sonata at the piano, it made a ton more sense to me.

Prokofiev is living and composing at the same time as Charles Ives (one of my other current musical obsessions).  Ives was about 17 years older than Prokofiev. But it interests me to think of all these composers early in the century coming up with music that uses new techniques. It reminds me of scientific discoveries that occur independently and simultaneously.

Of course composers work much differently than scientists.  For one thing, I notice that both Ives and Prokofiev spent their life composing and revising old compositions. This is not very unusual for composers. But makes it harder for people trying to make story out of the events history (Who came up with what technique first? Who influenced who?).

In his Twentieth-Century Harmony: Creative Aspects and Practise, Vincent Persichetti cites Ives compositions 15 times and Prokofiev only 8,  according to the index, anyway. Persichetti uses numerous examples which he does not specifically identify illustrating techniques. The numbers in the index seem to point instead to chapter lists of different compositions by different composers. There are many more for Stravinsky, Hindemith,  and Schoenberg.

This is what I made for supper last night. Alexander’s recipes tend to be easy, quick, low-fat, low-cal and taste pretty good.

A couple of blogs that look kind of interesting. The first is about new ideas, the second a digest of sorts.

This disturbing news report reads like the plot of an unsolved murder mystery.

Since I don’t watch much news on TV, I do still try to follow trends. This interview with a CNN reporter looks interesting. I bookmarked it to read.

Freedom of the press going down the drain in Bahrain.

Charles M. Blow has some interesting observations about Obama:

For some, change has not come fast enough, if at all, or it has been change for the worse, and hope has slowly melted away. To those unhappy on the left, he’s a corporatist, war-waging, pusillanimous pushover who is silver-tongued and rubber-spined. To those who most oppose him on the right, he is a Socialist, spendthrift, republic-destroyer who is unfit, unqualified and literally, by way of his “Kenyan birth,” ineligible to be president.

I find that I disagree with all of these characterizations of the President.

and then there’s Donald 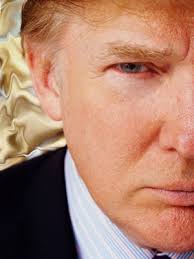 Gail Collins recently wrote a column about his latest weird antics. This attracted a letter from him in which he affirms he is a “birther.”

And Collins’s response to his response Donald Trump Strikes Back – NYTimes.com