After three days without my wife around, I realize that though I value solitude I don’t particularly like being alone. Eileen returns today and I have missed her quite a bit.

I did manage to acquit myself pretty well on the Buxtehude yesterday. After blogging I snuck over to church and got in a final half hour of rehearsal on it. When it came time to perform I sailed through the difficult sections with ease. There were a couple of sluffy moments in the pedal parts, but no wrong notes and no wrong rhythms. Cool. Practicing works. I’m counting on it. 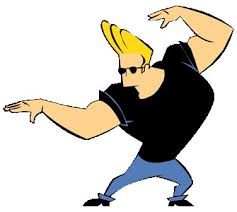 My two children who make up the Kids’ Choir right now inspired me with their presence and attention. I had them sing along on the very easy Praetorious choral anthem with the Chamber Choir. I am seriously considering teaching them the soprano line to the “Wohl dem, der sich auf seinen Gott” BWV 139 by Bach. It’s one of those long choral melodies under which all the action happens.

Right now I have my two sopranos trading off the line so one of them can beef up the alto part (which is also much more interesting) when not singing the chorale. 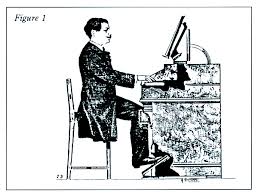 I read the introduction to Yearsley’s Bach’s Feet: The Organ Pedals in European Culture before going to work yesterday. He dashes off some pretty purple prose describing playing with your feet as “The most energetic form of musical performance” that “unites dance and music.” He goes on for pages about the demands of this. I wondered if it would shake my confidence in my abilities. I don’t think of myself as a virtuoso by any means. But I do play music that Yearsley describes as a “musical decathlon unto itself requiring speed, endurance, suppleness, poise, balance, coordination, marksmanship…, steadiness strength and perhaps, most important of all, confidence.”

In this case he is talking specifically about Bach’s A minor Prelude and Fugue (BWV 543) which I have read through but not learned for a performance.

But working on my own performance anxiety has taught me not to think too hard about this kind of thing, especially right before performing. It was a bit scary to read it and then challenge myself the way I did yesterday with the Buxtehude. But it’s not too surprising that the performance went well despite this little bit of stepping outside of the experience to observe just how difficult a feat organists like myself accomplish playing much of the repertoire.

Once again a foot note led me to interlibrary loan a book. Yearsley mentions Sandra Soderlund’s 2006 book, How Did They Play? How Did They Teach?: A History of Keyboard Technique.

I met Soderlund when I was in undergraduate school. My teacher Ray Ferguson taught us from her fascinating text Organ Technique: An Historical Approach. Then had her come and lecture us.

This was so influential on me that when I went to grad school and learned the famous D major prelude and fugue of Bach’s BWV 532 I did the entire pedal part with toes only.

A bit of madness, but it worked.