I did have a quorum for the William Byrd anthem yesterday which was nice.  The soprano I thought might be ill showed up. My second concern was that one of my two tenors couldn’t make it yesterday (informed weeks before, bless his heart). So I asked an alto to sing tenor.  This left the alto section with two new altos and one quiet alto. My two new altos relied on the switch hitter alto so I was wondering how they would do on their own. They did fine which was also nice.

At this point I began madly trying to get the choir to make a good sound with Byrd.

We did manage to get there. In service half way through the anthem they faltered. So in the post game I mentioned that there were some brilliant moments and some shakey moments in the anthem we had just performed and that this was the way of music. I told them  I was happy  with the performance and the goal was to increase the brilliant moments and decrease the scarey ones.  What more can you ask?

I asked my violinist if he was planning to play with us on the 8th. I emailed a week ago and felt like yesterday was sort of the last day I would give him to decide. He said he couldn’t do it. So I have to get going on that tomorrow. I am planning to try to take today off (except for grocery shopping and this evening’s rehearsal).

I did a couple of Byrd keyboard pieces for the prelude and postlude yesterday. I played those well. Not sure if anyone was paying attention but there you are.

In the post game rehearsal I field some angry comments from choir members regarding hymn rehearsals. 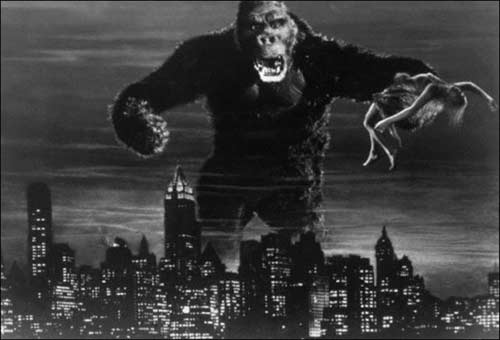 I use a lot of new hymns and some were complaining that we don’t go over them enough. This strikes a knife in my heart because I do try to take choirs through hymns. However, I defended my practice on the grounds that we are shrinking our time together with Sunday morning rehearsals and that the congregation was singing fine which was the goal. This of course went pretty much unheard. One chorister did speak up and say she liked spending more time on anthems and that she felt last year we spent too much time on service music (i.e. hymns).

At any rate after this little spat I took them through a couple hymns for All Saints (something I had planned to do anyway).

Besides this little tiff, the post game rehearsal went well.

We are singing a Stanford anthem for All Saints next week. This is hoary old anglican music and makes the conservatives happier. It has involved a ton of prep on my part to be able to play it on the organ and conduct it simultaneously.  This is something I am trained to do but takes extra rehearsal and thought.

Unfortunately there was a funeral scheduled for yesterday afternoon and our rehearsal in the church ran into the arrival of the family. The atmosphere was tense (hey it was a funeral). My choir did not seem to understand that we needed to get out of the room. But I reassembled them in the choir room which had been robbed of all choir chairs due to the funeral luncheon. Standard fair for church work.

We went through our upcoming Bach cantata movement with most choristers standing and the more infirm ones sitting in the few chairs left in the room.

Then I went down and did the funeral. Again I had shakey moments in a exposed Bach piece. Oy. I played the adagio from the Toccata Adagio and Fugue of Bach. I ran the adagio a few times in the last few days and thought it was pretty solid. No train wrecks (I didn’t have any of these in any of my performing in the last few days…. just some weird rhythms and delays of beats) but still not one of my stellar performances.

The family played two recordings in the course of the funeral. This is always a bit odd for me. The first one was barely intelligible but identifiable as new agey religious music with voice over. For some reason it stopped in mid sentence for the voice over. The second recording was “The Swan” as played by Yo Yo Ma (it was in the program). I still find the use of recordings weird in public prayer, but I guess I’m out of step.

For the postlude the family had requested “When the Saints.” I sat down at the piano and started a dissonant little slow rendition which wandered into a jazzy version eventually. Unfortunately people gathered around the piano beaming.  Even some  of the mourners were clapping along. I ended it pretty quickly.

A couple of parishioners asked me if that was next weeks postlude. Since I haven’t chosen one at this late date I think that might be the ticket.

God help me. I hope writing about all this will help me not think about church stuff for at least today this week.

Predictably, the church was the only institution that did not give me a check right after service (the funeral) I have mentioned to my boss that this is basic etiquette in the world of musicians, but the only effect it has had is to remind the office that I do indeed get paid for funerals and weddings. Eventually. Many times after I ask.

But I do have the money from my other non church gigs this weekend. So that’s good.