Daughter Sarah’s clever interview project.  I quite like it.

I did some more composing yesterday. I have been thinking of the many ways I have approached music writing in my life. I began writing music most in the style of the popular music I liked at the time: Paul Simon, the Beatles, and others.

Not that my songs captured any of the style of individual pop musicians successfully. I just sort of fell into an attitude to making up music that I haven’t ever successfully shaken. At this point, I used mostly guitar but sometimes piano as an accompaniment to my own voice.

At the same time I was learning about arranging via a high school group patterned on the then popular Tijuana Brass. 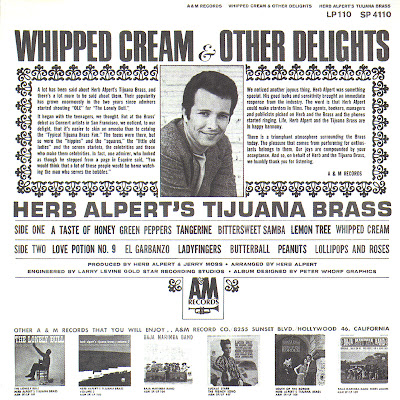 This was valuable experience. Everyone in this group read music fluently. I (and the first trumpet player) were able to write out arrangements of tunes we wanted the group to play. I am embarrassed to report I remember doing an arrangement of the pop tune, “Georgy Girl.”

There were other but I don’t recall them offhand. My friend the trumpet player did an arrangement of the Rolling Stones tune then being played on the radio: “Paint it Black.”

This was a bit like a little music lab. One could hear immediately how effective an arranging idea might or might not be. How like it was what one expected and experiment with ways to make it more effective.

I remember a pianist friend of mine asking for my arrangements (which I was no longer using) to take with him for his move to New Orleans to pursue his dreams of being a musician there. I always wondered what happened to him and briefly those arrangements.

Anyway, somewhere in there I fell in love with the harpsichord. The group of friends I had helped me build a cheap Zuckermann from a kit (which I still have and play). I remember quitting school (the first time) and telling my concerned counselor that I was going to practice music and then study harpsichord somewhere.

During my late teens and early twenties my musical world expanded. I began to consciously enjoy the music of people like Bartok and read the writings of John Cage in addition to enjoying and learning music by  the Doors, the Beatles and Frank Zappa.

My performance skills were pretty meager at this time. I date my musicianship from two years of piano study with Richard Strasburg at Ohio Weslyan. One year to qualify for the entrance exam and one year of study before I left my first wife and ran away to play in bars and eventually run a second hand book shop with my brother and his partner and my second wife, Eileen.

I have compositions from this period that were attempts to emulate Bartok and Hindemith. Thankfully this attempts tell me more about myself than these composers.

And that’s the insight I have been wrestling with.

All the composing I have done is connected. From my first attempts at writing pop songs to arranging for a pop instrumental group to writing works in a college setting to composing for church use.

This insight has been prompted by a re-examination of a sonatina I wrote just after I quit studying music at Ohio Wesleyan. My friends and colleagues were good enough to continue to include my work in their recitals after I left town. The oboe sonatina was written at that time.

At the time I thought I was writing in a sort of Hindemithian style. I also based one them very remotely on a folk song Bartok had set.  When I look at this piece now I realize that it’s worth is connected to whatever compositional voice I have developed. It still interests me as a composer and listener. I like the rhythmic theme as well as the second lyric them. Now I can hear them a bit more clearly as the sort of new consonant music they are.

Once I have this insight, it does affect my composition.  Hard to explain exactly but I feel a bit more connected as I make up music. A big part of my compositional thought stems from a life time of improvisation. While my compositional ideas do dry up from time to time, my improv not so much. I can usually come up with something in a spontaneous manner.

Of course the usual stuff happens. Often after writing a sketch I am repulsed by it on the second day. I have learned not to pay too much attention to this and to continue developing an idea until it flourishes or asks to be put in the drawer (so to speak).

Yesterday I spent quite a bit of time with Mendelssohn on the piano. M’s piano works seem to put off many musicians (pace Nick). I have been perversely finding them fun to play through lately (as well actually learning the piano trio in D minor piano part).

Interestingly, it is the “Song without Words” that cause a lot of the trouble.  I first began playing them from an old Schirmer edition which had the titles which M himself did not add (He only titled a small number of them, prefering to leave them titleless as well as wordless).

The titles tend to be cloying. In my brain I associate them with the worst of
“salon music.” Music that was written to immediately appeal to a sentimentality of amateur performers who gobbled it up.

As I learn more about Mendelssohn, I begin to see the distortion of the worth of his musical ideas. 19th C. composers seem so preoccupied with where they stood as giants or dwarfs on the historical progression of music. Their romantic sensibilities naturally led them to see themselves in a sort of super human quest to create music for the ages and the spheres.

Brahms pops to mind here.  I have always thought that he suffered from the mantle laid on him by Robert and Clara Schumann. And himself. Especially regarding the “shadow” of Beethoven.

It was the nature of Brahm’s fine musical mind to be intimidated by this (as was Schubert apparently). But he strove mightily to live up to the idea that he was carrying on the fight for music for the gods. And what music he wrote!

But I think this notion is not a true one.

Brahms himself was crushed at the end of his life. The final blow being Clara’s death. He felt he had no more music in him. Then he wrote his late piano opuses (opi?). I think these contain some beautiful work. It is tempting to see them as freed from expectation and created for their own sake. But maybe that’s a bit romantic in itself.

Anyway back to Mendelssohn. Yesterday I played through several of the preludes and fugues of his opus 35. He wrote these around the same time he wrote his organ prelude and fugues. I was amused to read that he wrote these pieces framed in formal context (he said something about putting on his “wig” to write them which I take to mean that he self deprecatingly was looking a bit to the past with them instead of trying to push back the vistas of the future).

It seems as though he was turning from the more free idea of writing a wordless song for the piano to more discipline.

So Mendelssohn himself seems to have wrestled with the idea that some of his work suffered from triviality or something.

Of course I maintain that he gave fodder to his critics by maintaining such high standards for himself and articulating his own dis-satisfaction with some of his work. Where Brahms was silent, we have words from Mendelssohn about his frustration at his own abilities.

I suspect most composers wrestle with some of this.

Now I have to go check to see if when I blew the fuse with the microwave yesterday I also erased part of my compositional sketches sitting on the computer which was plugged into the same circuit. Oy.