Christmas approaches and as usual my teeny tiny bit of faith gets beaten down by sentimentality and sadness.

I think it might help to have children around at this time of the year. But alas, none are here. I did spend some time with children of Rhonda a couple nights ago and that was nice (thank you Rhonda for inviting us over).

Eileen and Elizabeth are driving over to Ann Arbor this afternoon for a meal with my nephew, Ben, his boyfriend Tony, and possibly niece Emily and her husband Jeremy B. 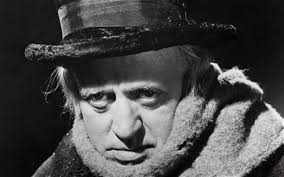 Then they spend the night with Ben and Tony and rise early to pick up Elizabeth’s partner Jeremy at the airport. I have to remain behind to preserve my energy for Christmas Eve. Bah.

The Messiaen is coming together nicely. I have high hopes for a good performance tomorrow evening. This morning I get to perform seven minutes or so of Handel (organ concerto). That will be fun. This morning’s Advent IV service is a service of Advent Lessons and Carols. I suppose it will be good. At least my congregation will sing, the choirs will probably sound okay. All will go fine.

Here’s the poem I liked from this morning’s poetry reading.

is much admired by Man
because he believes in
the hand which feeds
him. a
perfect
setup. for
13 cents a
day you’ve got
a hired killer
who thinks
you are
God. a
dog can’t tell a Nazi from a
Republican from a Commie from
a Democrat. and, many times,
neither can I.

Aint it the truth.

I finally managed to get back to treadmilling yesterday. So here are a few bookmarks from that and other reading.

I put this up as a sad example of how distorted political discussion is in the USA right now.

The OED says this about socialism: “A theory or system of social organization based on state or collective ownership and regulation of the means of production, distribution, and exchange for the common benefit of all members of society; advocacy or practice of such a system, esp. as a political movement. Now also: any of various systems of liberal social democracy which retain a commitment to social justice and social reform, or feature some degree of state intervention in the running of the economy.”

Even in this definition one can sense a shifting of meaning from “collective ownership” of the “means of production, distribution, and exchange” to “social justice and social reform.”

But, Peter Ferrara, the author of the linked article, doesn’t start out calling Obama a socialist, rather he insists that he is a Marxist (it was here I admit that I first quit reading the article and came to the conclusion that the rhetoric was extreme and involved in stupid framing instead of analysis).

The OED says this about marxism: buy diazepam online china “Central to Marxist theory is an explanation of social change in terms of economic factors, according to which the means of production provide the economic base which determines or influences the political and ideological superstructure. The history of society can be viewed as showing progressive stages in the ownership of the means of production and, hence, the control of political power. Marx and Engels predicted the final revolutionary overthrow of capitalism by the proletariat and the eventual attainment of a classless communist society.”

Unfortunately, the “means of production” in the USA are the big corporations not the government (which would probably also be disastrous). In fact the corporations now own our government, not the proletariat or as I sometimes like to call them: the people.

Both socialism and marxism borrow heavily from Christian values especially St. Paul in their communitarianism. This must make religious communist haters uncomfortable when they also identify themselves as Christian. Or maybe they just don’t know or care about the story of the early Christians as one of a community which held things in common.

Anyway, I deplore intellectual use of ideas to fan the flames of  ignorance which is what I think this article artfully does. (I did read more in this article but will spare you further critique).

The Problem of Evil | RealClearPolitics

I admire the courage of this writer to frame the current discussion of the gun madness in terms of evil. I think that’s probably salient. I disagree with his either/or proposition at the end of the article that we must either believe or perish. There are other more nuanced ways to think about this. I did find in the comments linked here:

The Problem of Evil | Comments | RealClearPolitics

a very interesting pointer to C.S. Lewis book (first chapter linked below). I have a hate/love relationship with Lewis. I liked his Screwtape Letters better than anything else he wrote. I loathed his victorian approach to sex in his work but now think I might check out The Abolition of Man.

from  The Abolition of  Man  by C.S. Lewis

The N.R.A. Crawls From Its Hidey Hole – NYTimes.com

I bookmarked largely because it pointed out that at  Columbine there was an adult with a gun. He fired four times at the killers. He missed them.

I watched the Bork hearing on TV and shuddered to think of this mind as a Supreme Court Justice. Now he would fit in nicely in a horrible way.

Bernstein and Woodward back at it. 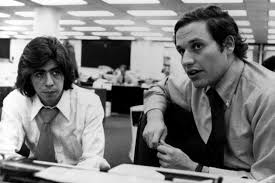 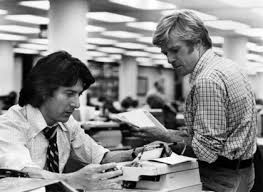