Wow. Two whole days off in a row (today and yesterday). I think I am beginning to relax a bit this morning. Spent my time reading in Lewis Hyde’s The Gift. I’m just getting to the part where he starts using Walt Whitman in his argument about gift and art.

I guess Hyde himself is a poet. He has promised to use Whitman and Ezra Pound in the second half of his book (which is where I am right now). 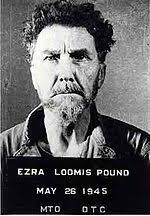 I actually love and read both of these poets, so it’s all good for me.

Hyde has some ideas about reason is to life as market is to gift (i.e. a corrupting influence on authentic human activity).  He hasn’t entirely convinced me about this. But I am enjoying this book immensely and will spare you, dear reader, my usual quotes.

I continue to study the organ music of Jean Langlais. I am impressed not only by its surface attractiveness but also the deeper craft of his work. When I was school, he was sort of poor man’s Durufle and kind of a bit looked down on. As usual, I wonder why I can’t embrace his work along with the other stuff that I find rewarding.  For me the proof is always in the music itself.  And I do love returning to music I have owned all my life and finding gems that I previously missed.

Since I have been working Langlais’s setting of the Gregorian Chant, “Homo Quidam,” which is in F# major, I thought it would be fun to look at my new edition of Bach’s Prelude and Fugue in the same key (from WTCI).

Bach just doesn’t disappointment these days. Every note  I play seems to be infused with a vigorous beauty and intelligence. This morning I worked on the fugue.

Is the Tea Party Over? – NYTimes.com

I liked this quote from this article:

“The editor of Texas Monthly, Jake Silverstein, sums up Perry as “a child of the mythology of the frontier,” in which “every man is more or less for himself, a good neighbor is one who needs no help, and efforts by the government to interfere are not to be trusted.”

The description of the “mythology of the frontier” seems to capture the attitude of many angry conservatives.

Panic of the Plutocrats – NYTimes.com

More of that liberal propaganda I love:

“Wall Street’s Masters of the Universe realize, deep down, how morally indefensible their position is. They’re not John Galt; they’re not even Steve Jobs. They’re people who got rich by peddling complex financial schemes that, far from delivering clear benefits to the American people, helped push us into a crisis whose aftereffects continue to blight the lives of tens of millions of their fellow citizens.”

Officer Saved at Gunpoint by His Own Wedged Finger – NYTimes.com

This is an amazing story and apparently just par for the course for these brave policemen.

My favorite brilliant conservative’s new collection of essays. Must have it.

This music store tries to recreate the old fashioned feeling of a violin shop. I think it sounds charming.