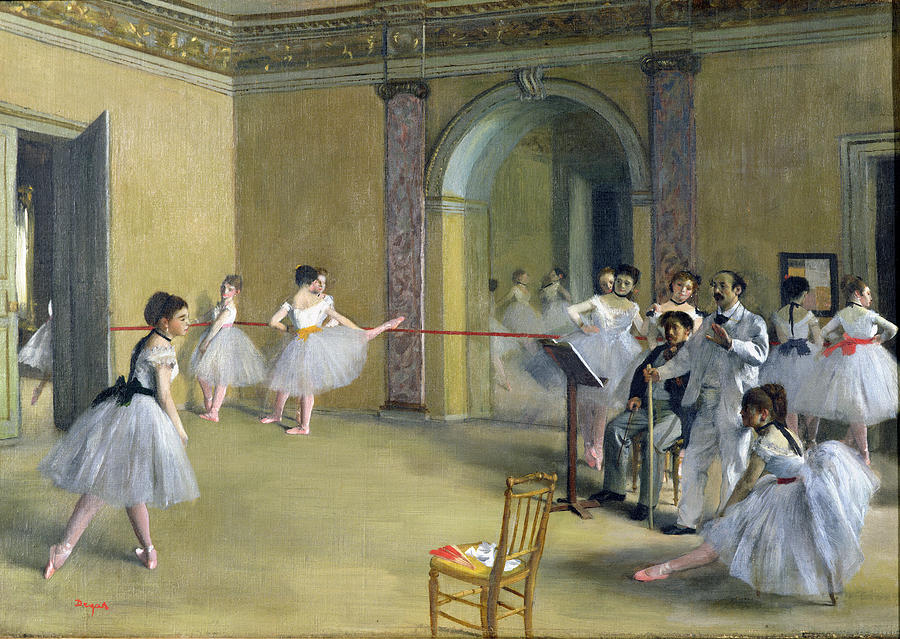 I was playing my last fall term ballet class yesterday. Lately my improvs have been more rhythmic. I think melody of course, but I have been trying to come up with an interesting beat and a simple melody. Then as I am required to repeat it over and over for the ballet combination I begin to riff on it more and more sort of like a jazz improv or something.

As I watched the dancers move with simplicity and elegance yesterday I thought of the many time I have played for dancing in my life. And the many times I have performed music in general.

If I try to remember my early music performing experiences one of the earliest was playing my rusted cornet for the Sunday School class at the Church of God in Greeneville Tennessee where my Dad was the minister.  That’s how we called him those days: the minister.

I had forgotten to empty my spit valve so from the first note the sound was garbled.

I didn’t know what to do so I just played the entire melody through as I had planned gargling away on it. Mortifying. The woman who was leading the class tried to smooth it over by saying it must be hard just to play “one of those things.” Her name was Maxine Humphries and she spoke with a soft southern accent. She probably still does. Back then she was a local radio announcer and practically a village star in Greeneville.

Probably I had other early performances in churches. I don’t remember them like that one.

There is a family story about my uncle Dave, my Dad’s oldest brother, attending college classes with my grandfather Benjamin at the new Church of God college in Anderson Indiana. Dave was precocious in the way of first-borns.  He tagged along with his dad and sang and impressed the other students and the teachers.

I don’t remember any other stories about him or my Dad or my uncle Jonnie about doing music as a kid.

Of course all three men were musicians.

Dad and Jonnie were trained and did a lot of performing. I got the idea that Uncle Dave did his music for fun and joy. At his 80th birthday when he was in full blown Alzheimers he jumped up and sang the Internationale in full voice startling everyone.

By the time we moved to Flint Michigan in 1963 I must have been playing both piano and cornet, mostly by ear. I remember some listening experiences at this stage, playing in the school band, but not much performing at church other than maybe singing in a choir.

I remember enjoying playing piano alone at church. Something I still do but now I’ve added organ.

In high school I played in a pick up wedding band called Guy and the Versatiles.

I played trumpet and a bit of electric piano. Mostly I remember Guy (who was younger than me) sneaking drinks at wedding receptions then being drunk enough to puke on my shoes.

I also remember working with other high school musicians and dancers. Specifically I remember playing for dancers and singers who were hired to play the Flint Republican Party Convention. It was at this convention that I got my first time of playing with actual Jazz musicians. The Sherm Mitchell trio was booked for the convention as well. When the dancers danced I played piano and they played along (as I remember). Sherm Mitchell played trombone and Jazz oboe. He made a big impression on me.

Toward the end of high school I was playing some weekend gigs where we would rent a trailer in Flint and drive to Oscoda to perform on the Air Base there.  What I remember about these performances is how much fun it was to improvise on the tunes we played. I’m sure there was dance.

Later I was in a house band in a bar in East Tawas. This may have been the first time I really thought about the dancing going on while I played. Since we were the house band we would see the regulars each weekend jump up and start dancing on the first song. I liked that.

So yesterday being relieved that my semester was coming to an end and playing for my last class I was thinking about how much I enjoy improvising so that people can dance whether it’s classical ballet or thinking about the many dancers I have played for and with over the years.

Democrats make me crazy but Republicans seem to live on a different planet these days.

More than 90 Tibetans have set themselves on fire since 2009

There are some brave people in the world.

I am disappointed in this. I had hoped that the people who made this from Burgess’s play would take advantage of the aural and add the actual Beethoven music (in snippets of course) that fit each of the four sections of the story. Bah.

finally — apologies if you tried to click on this video yesterday and it didn’t work. I thought I had clicked the switch to make it public, but apparently I hadn’t. Thank yous (and specific apologies) to Johnny Keene for emailing me about this).