I woke early after a long sad dream. I got up and wrote it down. Then made coffee. I don’t really have any insights in mind for today’s blog entry. That’s usually what spurs these things. The dream left me in that odd state of I guess dreaminess. I listened to the beginning of The Magic Flute yesterday watching the full score as I treadmilled. I continue to be attracted to this opera quite a bit. Even the weird Masonic ritual bits with the priests of Isis and Osiris which are a bit pompous.  The Queen of the Night puts me in mind of Milton’s Satan. Both characters are kind of “bad guys” who get good parts in the story.

I read where Mozart himself besides conducting the opera from the pit delighted in playing the glockenspiel at wrong times in the production. This sounds very playful to me. Mozart would be dead within months. The opera was produced in the last year of his life along with the Requiem. Once again movies have distorted reality.

Mozart was probably not poisoned. He had cordial relations with Salieri. His father was a strong influence in his life, but there probably was no mysterious stranger. But the music is wonderful and the movie grasps that.

My organ recital is coming along. Of course I wish it was a bit better prepared but I have been doing the work of rehearsing and studying the music. In the course of researching Louie Couperin’s unmeasured prelude “Prélude à l’imitation de M Froberger,” I found out that Froberger was a much more interesting composer that I had previously thought. Apparently he is credited with being the first composer to group dances into suites for harpsichord. Good old IMSLP has his complete works online (link) which I downloaded and examined. Interesting stuff. Can’t remember my harpsichord/organ teacher Ray Ferguson ever mentioning Froberger. I do know that he was the favorite of the chair of the ND music department when I was attending grad school there. This was not that much of a recommendation because the chair referred to him as a sort of cerebral composers.  Also the chair dread expositions of fugues, saying something about wishing they could be omitted because they were so exposed and prone to mistakes. Nice. Helpful comments.

Anyway, the music doesn’t seem remote or esoteric at all. I will probably add Froberger to my list of harpsichord composers. The piece by Louis Couperin is one of his longest. I think that will be okay Sunday because it is my only harpsichord piece on the program. I find that people find harpsichord more listenable than organ generally. My poor old Zuckerman keeps on klunking along so I keep performing on it.

It sounded pretty good on Buxtehude this past Sunday. Planning to do a Handel suite movement this coming Sunday for the prelude. The postlude will be fun as I have invited a sax player in the cong to improv with me on a tune from the service.

I recall that when doing recitals it’s sometimes a good idea to schedule a movement or two at the Sunday service before the recital. I have chosen not to do that. Rather I am doing music a bit lighter and easier but still different from the recital.

I am beginning to think of the recital as an extended postlude or movie credit moment. By that I mean I’m not expecting many people to pay attention (attend). Hey. It’s an organ recital for fuck’s sake. I know it will be interesting but the stereotype works against me. 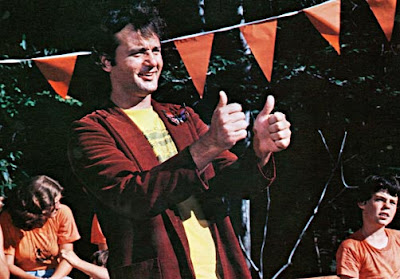