“George is wondering …. is it possible to listen to Nina Simone with a straight face?”

to which I replied:

“Hey. I’m a fan. She is actually a brilliant improviser on the piano. Of course, it’s just my opinion, heh.”

I guess there’s no accounting for tastes, but I can testify that if you can’t stand her singing or her composing (both of which I happen to like),

there’s no denying her ability to improvise polyphony is pretty amazing. But that’s just how it seems this improviser who has been long on the outs with musicians with refined tastes everywhere for ages.

I practiced organ early yesterday which is what I seem to do on Wednesdays because the church is tied up from 9:30 AM (Eucharist) to about 2 PM (Bible Study). Then I came home and worked on transcribing my song, “Lost in the Dark.”

Interrupted this to go play piano for the elders (and visitors and the shabazeem) at Boersma Cottage. Playing for a group of people like this is the opposite of playing at church.

They sat quietly and attentively and were very appreciative. I played Haydn, Bach, Mozart, pop songs from the forties and ended with hymns.

I had a conversation with Jonathon Fegel recently about his sometime frustration with audiences. He mentioned their indifference and that when this happens he feels like he should be somewhere else.

I told him he had given in to the guy who wrote the note (which became the title for one of his CDs): “Next time consider entertaining yourself in private.” I mentioned that I think that many people “consume” music

and are not used to the idea that some one is actually doing it in front of them.

We performers are in their unconscious perception more like speakers (or robots) than living breathing humans inviting them into the listening experience….

nothing like being the old guy blathering unhelpful nonsense, eh? But Jonathon seems to enjoy it.

Anyway, I came home after playing for the elders and finished transcribing my song. 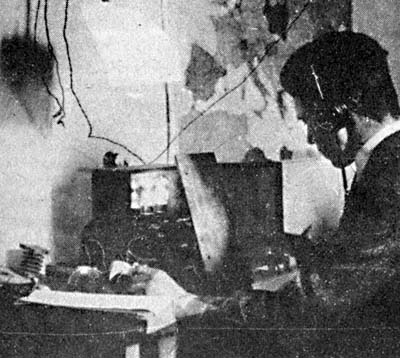 Originally written for guitar and voice, I am thinking of doing it with piano, guitar (and drums?) at the gig on March 13th. Arranging my songs always seems to be a change for the better and very satisfying. I also worked on learning, “I just want you to hurt like I do” by Randy Newman for the same gig.

After my wife came home we went over to my Mom’s apartment complex and joined her for supper. They serve meals there in the evening for the residents. Mom has a bunch of tickets left over that she bought for her and Dad and invited Eileen and I to join her. Afterwards one of the people there insisted on photographing us. Kind of odd. But then much of my life is kind of odd.

After the meal, we went up to Mom’s apartment  and Eileen purchased flight tickets California for her and Mom to visit in March. They will be missing my gig. Well, there goes half the audience.