Eileen and I went snowshoeing yesterday. I got to use my new snowshoes for the first time. Unfortunately, the snow was so light and fluffy it would probably have been easier to move with just our boots on. But we persisted. 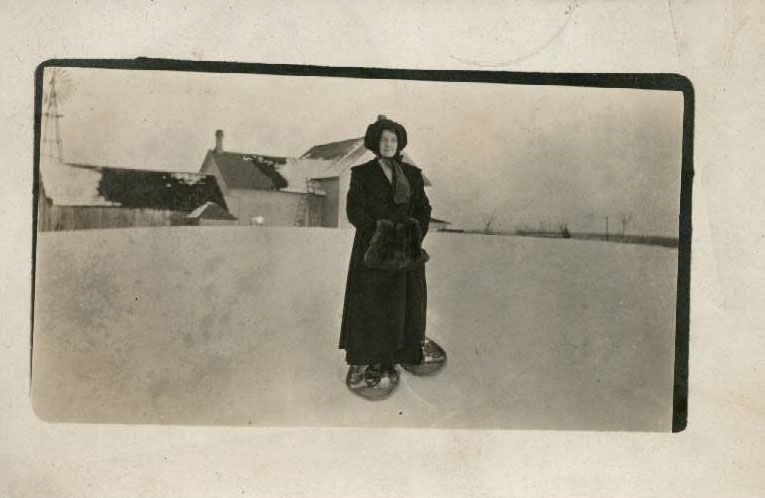 We drove down to the walkway on the river just north of Holland. It was partially closed because huge trees had collapsed on the bridge section. But it was beautiful. The browns, the blues and the whites of a first snow on the shallow river with the weeds sticking up.

We saw a gaggle of ducks. This morning I learned a new word finishing up Auden’s “Age of Anxiety.”

The character, Quant, who supposedly represents Auden’s own intuitive side “sings” near the end of the poem:

“peace was promised by the public hepatoscopists”

I finished off the poem and then looked up this word. hepatoscopy – Divination by the liver of an animal or bird. The liver was divided into sections, each section representing a deity, and the markings in these zones were important.

My morning poetry reading of William Carlos Williams was frustrating. I discovered that his difficult collection of poetry which he entitled, “Spring and All” actually had titles for each section, but only in the contents of the book. I made notes trying to understand the structure of this poem. The omission of the titles seemed almost like willful obscurity. I penciled them in even though I had finished this part of the over all collection a while back.

I did manage to make some sense of what he was doing without the information.  But it was still a bit annoying.

I got up a little late this morning. I find that my morning ablutions (which have been including doing a pan full of dirty dishes before making coffee and taking my blood pressure and daily weighing) are taking longer.