Hate in the news:

“Politicians often get into trouble when they’re trying to sound more furious than they feel. And Pawlenty [Governor of Minnesota] told the conservatives they should try to be more like … Tiger Woods’s wife. “We should take a page out of her playbook and take a 9-iron and smash the window out of big government in this country,” he urged. The overall strangeness of this thought aside, consider the timing. An angry man had just smashed his airplane into an I.R.S. office in Austin, Tex., killing one federal employee, injuring others and breaking quite a few windows. Does this seem like the very best time to be encouraging people to assault government property? Pawlenty’s defenders will undoubtedly say that he did not want his listeners to literally grab a golf club and hit something. But it is my experience that many Americans do not totally understand the concept of a metaphor” Taken from Gail Collins article, “The Wages of Rages” in Friday’s NYT [link]

See the article for more examples of over the top rage. Collins is talking about Republicans but hate does not limit itself to any one group of people in our country.

I often wonder what my dead guru, Ed Friedmann, the family systems psychologist, would make of the current climate in the U.S.

When he was alive, he maintained that the U.S. society was “stuck” in a climate of free floating anxiety.  He traced this to around the time JFK was assassinated.

I think we might be beyond “stuckness.” I feel like U.S. society is shifting. The currency of so much of what passes for rhetoric or even news is fear and anger.  That is when the noise of the public voices of mind deadening banal entertainment and superficiality even bother to turn themselves to current events. Unfortunately I can even see this in myself. But that is the nature of this kind of thing. We seek the other to despise and find that he is us. There’s an article in yesterday’s NYT that says the anthrax killer from 2008 was indeed one of us. Bruce Ivins, an Army bio-defense expert. [link] 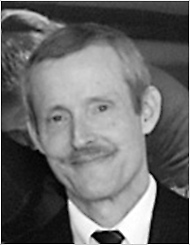 I am reminded of the old Twilight Zone episode where a neighborhood is transformed into a raging killing mob searching for evidence of recently landed aliens. Did you ever see that one?

I am old enough to remember the visceral racial hatred of the sixties.  I frightened my parents as a child when I insisted on drinking at the “colored” water fountain in a public spot.

Later my Dad told me that if he had decided to join the civil rights bus rides that he would not have been welcome in the homes of people in the churches he served. White people, obviously. As a young man, I read Hanna Arendt’s book: “Eichmann in Jerusalem: A study in the banality of evil.”

It has been years since I looked at this book. But the idea I remember from it is that Eichmann (who was a bureaucrat responsible for organizing many many systematic murders of people) was not a unique human being. He was no monster. He was in fact sort of boring. He was all too much like any other person. But somehow he had slipped into facilitating one of the horrors of the 20th century. Recently my little town of Holland Michigan was highlighted by national news as the #2 happiest place in the country to live.

I reacted badly to these news reports until I had a bit more information about what they were reporting on. Holland is like any other town. It has good points and bad points. One of its bad points is the local hypocrisy about many issues. I think that’s why I was stung by this national news report. The study it was based on does not seem to be as naive. It was attempting to measure a sense of well being. Okay. Much better. But of course distorted in the many reported stories through out the United States to mean “happiness.” My understanding of the underside of human nature is that the best place to look for this is in the mirror. I think that might be part of what I got out of reading William Golding’s “Lord of the Flies. Although this book can be read as a societal struggle in the face of chaos, I still think hard about casting stones about other people’s hatred without examining my own prejudices and misunderstandings. This stance sometimes requires me to be mute in the face of confused accusations  in order not to do what is being  done to me: namely to react in anger and misreading of other people. I persist in trying to embrace Martin Buber’s ideas of moving from seeing people as objects (I-it) to seeing the other as valuable and worth loving (I-Thou). The echo chamber of ignorance and misunderstanding that I watch in the USA right now drowns out so  much of our better natures.  This echo chamber ignores the story of our history.  It’s as though Father Coughlin  never stoked the flames of hatred from his radio show in Detroit or that we as a nation developed a taste for killing called lynching that was active right up until the early 1980s.

Like the example of the  character of the young boy Charles in Madeline L’Engle’s children’s books, I feel like the simple ways we handle ourselves are cosmically important.

Funny that this is coupled in me with a “loss of religion.” That’s me in the corner. Like the song says: