I emailed Kevin Dobreff, department head of the Performing Arts department at Grand Rapid Community College, yesterday.  Through the good graces of someone I knew in my youth, I had come to his attention as one of the adjunct teaching applicant back in March. He had said at that time he would meet with me in May.

I hadn’t heard from yet. My wife suggested I should send him an email to remind him in case it had just slipped his mind. Within three hours he had replied suggesting a day and time we could met. Hmmm.

I figured he hadn’t got back to me because he no longer was interested in me as an applicant. Back in March he indicated they had an ample pool of adjuncts, but after I sent my resume, he said he would meet with me and also arrange a meeting with the Dean.

Hard to know what all this means.

It is interesting that this comes at a time when I am experiencing doubts about my church work. I know that I am a good professional church musician. I asked my boss for a discussion around my job description and pay salary back in October. We are just finally getting to this since I am the wheel that doesn’t squeak so much.

But next week we aren’t meeting (as I mentioned in yesterday’s post). And I will be meeting with the college guy on the day I usually rehearse with the trio and meet with the boss.

It is likely that the connection with GRCC will not come to any  sort of fruition. Usually everything is based on the perceived needs of the institution not the possibilities of a prospective employee. There is a slim chance I could end up doing some teaching there. An even slimmer chance that it would be rewarding and remunerative enough that I would quit the church work.

I need the money. So a best case scenario for me would probably be a part time gig in both cases that would add up to a bit more bucks. The church is significantly underpaying me (hence the discussion I have been trying to initiate with my boss). And colleges don’t pay adjuncts much. So we’ll see. Watch this space for the further exciting adventures. Heh.

Speaking of gigs I had a web cam session with my daughter Sarah yesterday. I don’t think she would mind if I mentioned that she is dealing with life stress in the U.K.

Right now she is working two part time gigs. One at a bakery and one at a pub. She has a third one on the line as proctor for tests. All of this is not adding up to enough to get her on her feet financially. She is very frustrated and discouraged. Hard to watch helplessly.

Meanwhile my brother is preparing himself spiritually for moving from Michigan to New Hampshire in July. This involved a final trip to a Detroit Tigers game with his baseball fan wife. The Tigers lost. 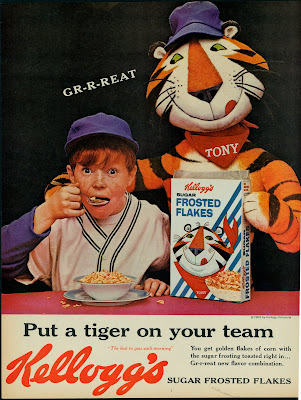 I had an email from one of my two sopranos last night indicating she won’t be coming on Pentecost Sunday (a week from today). I have a rather difficult anthem scheduled for this our last Sunday. Chorister keep indicating they are a bit busy this month. Not unusual but definitely stressful.  Today we are singing a hoary old anglican type anthem which I can probably pull together with slightly diminished forces. Next week is a lovely piece by Tallis. Two sopranos is probably the minimum for doing this piece well. I will ask my remaining soprano if she want to do it by herself. She will probably say yes and will do a pretty good job by herself. I will also have a back-up easier anthem to substitute just in case.