My wife and I attended the funeral of her uncle Pat (her Mom’s younger brother) yesterday in Muskegon. The funeral was in a funeral home.

Funeral homes always strike me as surreal in a sort of “Talking Heads” or Matthew Barney way.

The open casket sat between two huge floral arrangements.  To the right of the casket was a podium where the preacher was to stand. Before it was a a long couch. Behind that were rows of chairs.

Uncle Pat was 80 something years old. Many of the mourners were elderly themselves.  There was a restrained sadness in the air. It’s hard not to use a liturgist’s eye in this situation. Humans need ritual so intensely. Ritualizing our lives is one of the things Americans have such difficultly doing. Our lives seem so rootless sometimes and we never know what to expect at those important times of our lives like birth, marriage and death. We lack a common authentic culture.

But this vacuum is quickly filled by attempts to make sense of these moments of change. Yesterday, speaking through a microphone (of course), the genial Baptist minister walked the congregation through the moment by reading some scripture, praying, preaching, inviting up Pat’s daughter for a moment of invitation to accept Jesus as our Lord and Savior, preaching some more, then inviting the mourners to come to the church for a meal and reminiscences of Pat’s life to be followed by burial at the cemetery. 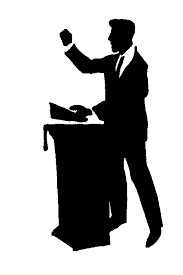 At one point, he plopped down in the easy chair behind him. Music started up in the P.A. It was “Amazing Grace” with a synthesized Hammond B3 accompaniment and a smooth voiced male singer singing. It wasn’t long before this group of about a hundred people were humming and murmuring along with the recording uninvited. Soon they were singing. They obviously knew all of the three verses the singer sang. It felt like a moment of meaning that sort of leaked in to a situation struggling to be human.  The genial preacher did not sing. 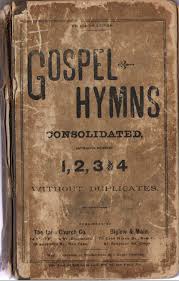 After his bit, the local Veterans marched up and ritually walked past the casket and saluted slowly one at a time. Then the local Commander of the Veterans and the Chaplain led us through another entire service of prayer which culminated in a 21 gun salute outside out of sight, taps (sounded like a real horn to me), and presentation of the flag and a pouch with the empty shells of the gun salute to the widow.

Then the funeral director came up and instructed us how to leave (back row first, file past the coffin and exit).

When I was in graduate school and taking a class in the ritual of Eucharist, we had an assignment to attend a non-liturgical church and observe and report on it.  I did a Christian Scientist service and was able to see ritual (albeit unacknowledged or sought for) throughout their prayer. Many of these Christian denominations deliberately position themselves as non-ritual. But I think ritual is inescapable where there are human beings. From domestic rituals like brushing our teeth or reading bedtime stories to highly stylized rituals like beatification of Roman Catholic saints, rituals help us be human.

Krugman keeps on plugging despite the Orwellian tendencies of our public rhetoric to bend the facts.

“As you may recall, Republicans ran hard against bank bailouts. Among other things, they managed to convince a plurality of voters that the deeply unpopular bailout legislation proposed and passed by the Bush administration was enacted on President Obama’s watch.”

I heard about the Osama killing on the radio yesterday morning. When I sought more information, I went first to Al Jazeera. They continue to outdance American news sources about international news. I read several articles including the one above by a member of the (U.S.) Council on Foreign Relations.

I also happened across Hitchens take:

Osama Bin Laden’s legacy: It will depend in part on what Obama does next. – By Christopher Hitchens – Slate Magazine

I keep being fascinated by the fall from grace of Greg Mortenson, the man who spearheaded building schools for Afghan girls and then crashed and burned in a scandal in which it appears he defrauded his supporters and mishandled money.

This article is by the illustrious David Rakoff whom I have heard on This American Life. I heard his voice in my head as I read the article.

“If Mr. Mortenson’s apparent fall from grace stems from a failure of character, it also has the ancillary benefit of showing us that the world is indeed a good deal more complicated than merely taking tea with our enemies. That global realities of entrenched money and power, diametrically opposed ideologies, religious conflict and centuries-long geopolitical animosities can render change nigh on impossible, so why try? It confirms the good judgment inherent in our own inaction. It certainly allows me to live another day without getting off the couch.”

What if Sanity Prevails In Washington? – NYTimes.com

The previous article has a link to a puzzle exercise called You Fix the Budget.

“Today, you’re in charge of the nation’s finances. Some of your options have more short-term savings and some have more long-term savings. When you have closed the budget gaps for both 2015 and 2030, you are done. Make your own plan, then share it online.”