This weekend’s on the media, Facts Schmacts, begins with a quick look at the lies told in the Republican debate on Wednesday called “The Audacity of Moderation.” Besides quickly point out lies, it also challenges journalists and moderators to do their job and challenge bad information.  It’s entertaining in a sick way (something this radio show does well). The segment ends with the music of “O Beautiful for Spacious Skies” subtly playing in the background. At least that’s what I thought I heard. Replaying it just now I couldn’t quite make it out. 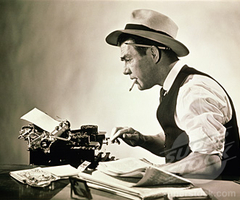 In the third segment, “Exon responds to Insideclimatenews,” Bob Garfield does a good job of demonstrating how to challenge bad information. He does it with a measure of politeness he doesn’t always use (I quite like that about him).

I admit that this is where I quit listening since my coffee was ready and the kitchen was clean.

After an hour or so of enjoying Finnegans Wake, I turned to Give Us The Ballot. The page where I left off had some startling facts.

“In 2011 and 2012, 180 new voting restrictions were introduced in forty-one states with twenty-seven new laws taking effect in nineteen states, nearly all of them controlled by Republicans. The right to vote had become politicized.” p. 260

I used some of this type of information to make this Facebooger meme.

I don’t think I posted it here.

Here are some more quote that I might cull for future memes.

“As minorities grow in the political process, it’s in the interest of one party to tamp down voter turnout. It’s the same system that other people went through when there were poll taxes and literacy tests. This is just another iteration of that.” Mel Watt, quoted on p. 260

“In 1980, Paul Weyrich, the tart-tongued first director of the Heritage Foundation, convened a gathering of fifteen thousand evangelical Christians for Reagan… He said in his speech [which you can hear below] ‘I don’t want everybody to vote. Elections are not won by a majority of people, they never have been from the beginning of our country and they are not now. As a matter of fact, our leverage in the elections quite candidly goes up as the voting populace goes down.'” p. 260

Weyrich (now deceased) founded many organizations that are still having a ruinous effect on our country. One of them is ALEC (American Exchange Council).

“In the summer of 2009, ALEC drafted model voter ID legislation based on Indiana’s voter ID law…. Of the sixty-two voter ID bills introduced in thirty-seven states in 2011 and 2012, more than half were sponsored by members of ALEC… The bills were virtually identical.” p. 261

You may have heard of ALEC recently. It was founded over forty years ago. Weyrich was one of the key founders.

“Florida required that anyone who registered new voters had to hand in the forms to the state board of elections within forty-eight hours and comply with a barrage of onerous bureaucratic requirements…. The normally mild-mannered League of Women Voters denounced the law as “good old fashioned voter suppression.” p. 261-262 emphasis added

I find all this very troubling, of course. I say that if you are on the side which agrees with the aims of white supremacists, no matter what your rationalization, you yourself are a white supremacist, even if you are Chief Justice of the Supreme Court of the USA.

This is a 2011 article by Berman (the man who wrote Give us the Ballot). It has a lot of disturbing facts about its topic.

Here are several links I ran across about this. Many of them address the 2012 situation, but I don’t think much has changed.

This is a League of Women Voters’ link to a PDF of a technical study.

Some background material from 2004 by one of my personal heroes.

A 2012 article from Center for Media and Democracy’s PR watch.

This guy’s magnum opus sounds fascinating. It is interdesciplinary and one of the disciplines is music.

Crazy Talk at the Republican Debate – The New York Times

The editorial board weighs in. Good reading.

Fantasies and Fictions at G.O.P. Debate – The New York Times

Krugman weighs in. I didn’t know he has only been writing for the NYT since 2000.

Review: ‘Beauty Is a Wound,’ an Indonesian Blend of History, Myth and Magic –