I was looking for my copy of Zen Flesh, Zen Bones this morning. My library is admittedly in about 20% disarray due to my neglecting to reshelve books in order. However, I’m not sure where I would file this book since I mainly recall the title, not the author (I tend to file books by author). It has some great stories in it and has had a bit of an influence on my thinking. 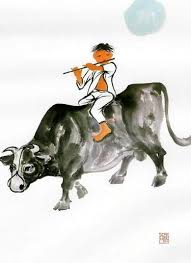 I was looking for it because near the end of Lucille Clifton’s collected poetry she launches into a series of poems based on the famous Ten Bulls or Ox-herding  pictures. These pictures exemplify stages or aspects of enlightenment embodied in observations about the bull or ox. 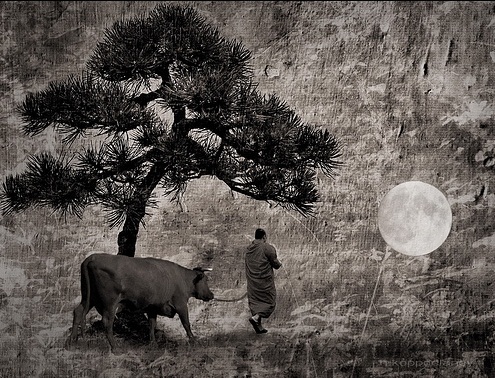 I was delighted that Clifton in her old age wrote these poems. Equally delighted to find them online to share. 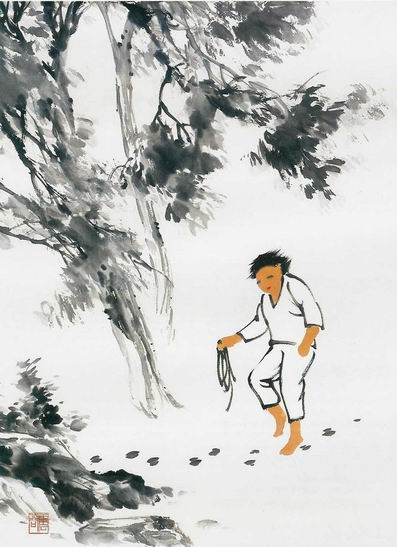 It is possible to come up with many treatments of these pictures so Clifton is joining her poems to a  long tradition.

I especially liked her 5th picture: Herding the Ox 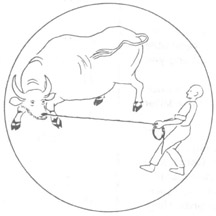 It put in mind of the phrase “herding cats” for some reason. 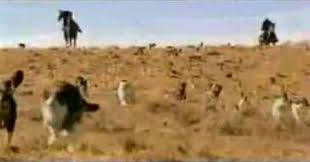 So I couldn’t find my Zen Flesh, Zen Bones. I also couldn’t come up with a collection of organ music by William Bolcolm recently. My friend Rhonda played a piece from it yesterday and asked me to listen to her version of it on Saturday. I went to church and couldn’t lay my hands on it. Since then I have been going through places where I might have left it. So far no luck.

This article points out that guerrilla warfare is actually more conventional historically than other types of war. Surprising to think that right now in the world there are no two uniformed official armies fighting each other. The bias of the writer shows a bit when he inadequately describes Che Guevara’s execution as done by Bolivian soldiers. Yeah, Bolivian CIA trained soldiers.

In it I ran across a very cool solar charged inexpensive light that Eileen was so taken with that we ordered our own.

Begins with description of Joyce’s funeral.

Nasty little poem to Obama the drone president celebrating his inauguration. Learned a new word from it. Queef – vaginal flatulence.

Priest Is Planning to Defy the Vatican’s Orders to Stay Quiet – NYTimes.com

I have fallen entirely out of sympathy for the Roman Catholic church due to their swing to the far right. Nice to see someone officially exercising integrity in such a corrupt situation.

A Rare Scotch, Back on the Rocks – NYTimes.com

Charles Rosen on Chopin | The New York Review of Books

I think it’s fair to say the late Charles Rosen was quirky, brilliant and cranky. I always learn something from his prose.