I’m starting to blog a bit early today. My friend, Rhonda, is threatening to come by for some tea and talk at 8 AM. This gives me an hour.

I finished the last section of Finnegans Wake this morning. I began reading this book last August with this last section. Now I have read it straight through from beginning to end with the completion of this section. Once again as he did in Ulysses Joyce closes out with a wonderful feminine gasp of beauty.

In Finnegans Wake it is Anna Livia/Livy riverwoman who closes out the morning with a rushing monologue as she sits on the banks of the river and is herself the river. I love Joyce’s love of life and his dance of beauty. Tomorrow I will begin again to read this excellent work from the beginning. 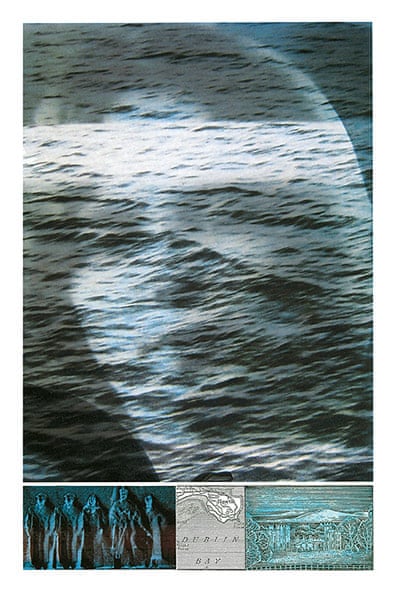 Yesterday was sort of a day long date with Eileen. We already spend regular times each day together: having breakfast together, playing Boggle. Yesterday we went to see a movie together. The movie was “Hail Caesar” and was  a bit of a disappointment.

It’s not a bad move and lord knows the Coen brothers have made those. But it can’t seem to make up its mind what kind of a move it wants to be. Is it a comedy? Sometimes. Is it a 21st century Hollywood combination extravaganza and largely drawn characters and story? Sometimes. Is it a sly look at the underbelly of the movie industry of the forties? Sometimes. Finally it tells the story of Mannix, a weirdly devout man (we see him several times in the confessional), straight shooter, tough guy. Unfortunately it never drew me in to care much about his story. But it is clearly delineated. As I say, disappointing.

After the movie, we dropped by to say hi to my Mom. Then we went off to El Rancho and had margaritas and excellent food for our meal together. Plus lots of good conversation. I marvel that Eileen still seems interested in and interesting to me. This is beyond lucky. More like blessed.

In the course of our conversation yesterday, I bounced the notion off Eileen that local college and organ politics are nothing I ever signed up for. I felt a small twinge of guilt for not attending the first organ extravaganza at Hope College last night. However, I definitely had no interest in attending. The music is not that interesting to me. The people involved (the performers) live in a completely different world than I do though we are near each other physically.

Although I enjoy church work, my passions do not lie exactly there and are explicitly in different places than the college musicians. My books, my music, my composing, these are the things that I have cherished all my life. They are my ambitions. I want to go deeper into them.

I often write here about the disconnect between me and local stuff.  Recently I have been recalling that this disconnect is between the way I have wanted to live my life and the way the people here live theirs. This is not blameworthy. On either side.

This isn’t that great an article. But I do find the science interesting.

The Adventurer’s Guide to Finnegans Wake

I am increasingly realizing that there are tons of people interested in Finnegans Wake online. Here’s a site that looks cool.

What to Make of Finnegans Wake? by Michael Chabon | The New York Review of Books

Finally  a little comment on what happened yesterday in New Hampshire. It is ironic that the followers of Trump want to make our nation great again as they drag us deeper and deeper into what is arguably the worst American presidential bid of our history. However, it also reflects our decline. We’ve never been an unadulterated notion of a great country. What we have had is an idea, the democratic idea. That is being beaten to death by lack of education and rampant ignorance entranced with entertainment.

I can only hope that the 90k New Hampshirites who bought the Trump candidacy do not represent enough of the US to put him in office.