I feel much better this morning despite struggling through a day off yesterday. By that I mean that anything I did yesterday took more energy and concentration than usual. Eileen and dropped Mom’s car off to the dealer. Her car is one of those cars recalled due to a dangerous ignition switch.

I just found myself moving slower than usual yesterday, taking longer to do tasks. My piano trio people both canceled. I waited at home alone while Eileen went to have her hair done (something which she enjoys immensely). To distract myself while she was gone, I went through my resources gathering some info on ordination music. I felt like I was vaguely overfunctioning, working on my day off, but fuck it.  I shared a planning goggle doc with my clerics with some ideas. I was impressed that Jodi responded that she was interested in see a checklist and some suggested hymnody for ordinations I unearthed from Marion Hatchett’s A Guide to the Practice of Church Music.

I guess it’s not too surprising she would be interested in something by Hatchett. He was an enormous influence on the 1979 Prayer Book. I remember meeting him in Detroit years ago and have since read much of his work. My brother studied with him in seminary and I picked up some fun stories, but mostly I learned from Hatchett the scholar in his writing. Most Episcopal priests would probably recognize his name. I was looking at choosing a postlude for a week from Sunday yesterday. My fatigue caused me to dither. I found a rather lengthy setting of the tune of our closing hymn. I liked the idea that it would call on some actual organ technique to perform and I was sorely tempted to put it on my plate and learn it. It would take some intense daily rehearsal between now and then. But after some lengthy dithering my better sense told me I should choose something a bit easier so I did and found a nice little setting by Walther of one of the melodies of the communion hymns for the day. After organ, I dragged myself home to exercise. But as I say, I’m feeling much more relaxed today. 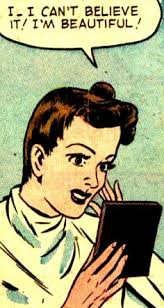