I did something I rarely do yesterday. I showed my composition to people the same day I finished it. I prefer letting a new work sit for a bit. Then return to it and see how it hits me.

Yesterday I put up a midi rendition of it on Soundcloud.

Then I foolishly decided that, what the heck, I was emailing “Easy on the Water” to the dance person, I  could easily “share it” on my web site and Facebook via Soundcloud. The rest of the day I felt like my nerves were on the outside of my body. I was frazzled to say the least.

I also emailed the trumpet, sax and bass parts to the people who have agreed to play them on June 25th.

Then I emailed all members of Barefoot Jazz Quartet with a repertoire list and proposed that we develop a set list for our gigs.

After attending a worship commission meeting at which I failed to keep my mouth shut, I was the typical introvert whose actions had left him feeling exposed and foolish. Ah well. The price of doing shit, I guess.

One of the things about Facebook that I like is how it juxtaposes people from different times of my life and different geographic locations. Two people commented on “Easy on the Water.” One of them now living in Traverse City, Michigan, the other living in Montreal. The first, Mary Jane Cotta, is someone I met when I first moved to Holland in 1987. She and her (now ex) husband were very gracious in welcoming Eileen and me to Holland. They were both involved in singing groups in the area. As the years passed her, I saw less and less of her. Recently, she came and sang in my choir at church before moving away to Traverse City.

The other person, Kenneth Near, I knew when he lived in East Tawas and I lived Oscoda Michigan (in the 70s). He was  a newly ordained priest in the Episcopal church then. Ken had found Jesus in the pit orchestra of a touring version of Jesus Christ Superstar.  He played french horn.  People to talk to in northern Michigan were rare and we became buddies of sorts. He’s still a priest. 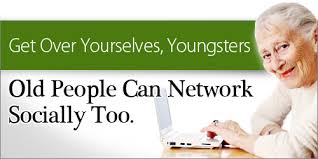 Two other people clicked the “like” button on my music. One of them is a musician/film maker living in Chicago that I knew when he was in high school here in Holland. The other is my daughter-in-law living in California.

I think it’s kind of cool that I can keep track of all of these people and show them a recording (however embarrassing) of my work.

Finally purchased the PDF Software 995 suite yesterday. I have been using a free version of part of it for several years. It allows one to use the print function to create PDFs. Very handy.  The 29.95 package contains several other pieces of software, a couple of which I think look handy for converting document formats (Omniformat)

I have found Picassa defies me as a once in a while user. So I’m looking forward to trying another piece of software to edit pictures. It looks like something in between a simple Photoshop and the stupid Microsoft Paint program which I also do not find intuitive.

This is a heart breaking story of badly managed state health care facilities in New York.

Story of congressional rejection of expert information when they anticipate they will not agree with the results.

I am conflicted about this one. I like buskers and I like the sounds of nature. Surely there is a compromise in there somewhere.

At Venice Biennale, a Patina of History on Contemporary Art – NYTimes.com

This sounds like a fascinating show in Venice. They juxtaposed historical and contemporary art.  As a musician, this interests me because it’s something I do all the time: connect with the past and the now in music. Both are necessary. I feel strongly that to neglect a human expression like art and music is to be a bit impoverished and to live an artistic life that could have been fuller. Jus’ sayin’

AAUP: The Professors, The Press, The Think Tanks—And Their Problems

This is by someone I admire, Eric Alterman. Haven’t finished reading it yet, but it starts out with some of his personal history and then starts talking about two thinks that I have read and am interested in: Walter Lippmann and John Dewey.

2 thoughts on “exposed and foolish”