I recently received a Facebook message from John Adams, a young man who played bass for me for awhile and then ran away to rock and roll. He is booked for a Sept gig locally and asked if I had a band going and would I play on the venue.

As I replied to him begging off, I realized that I haven’t been doing my Bad Paul Simon songs, haven’t been playing guitar, and haven’t been writing in this genre for a few years. Honestly, I don’t miss it. I enjoy what I am doing musically now quite a bit.  I feel that I do what I do from self motivation and that I have a very small audience.

It’s just big enough that I feel I’m not totally self-indulgent or alone when I play at church or any place.

The audience question can be confusing. But I understand myself to do music for the sake of doing it. I only need a few ears to hear what I’m doing to complete the art. I get that at church and in the ballet class right now. I will probably schedule a recital in the next year at my church for myself and my piano trio and whatever else I come up with. I didn’t mention yesterday that Sunday’s music went very well. Early Sunday morning found me stuffing the last anthem of the season into the choir slots. I played all 15 or 16 sections of Dandrieu’s Noel on O Filii et Filiae for the prelude. It had timed out at 9 minutes but took less time in the performance. I think that I moved more quickly between the various registrations and that was the primary difference. Also, I was much more conscious of the musical pacing of the pause between variations.

I don’t remember ever accompanying the hymn, O Sons and Daughters (O Filii et Filiae), quite the way I did Sunday. I noticed that there were banner carriers preparing to carry in the banners with small bells embedded in them. At previous vigils the banner carriers shook these so vigorously their volume competed with the organ and the full throated singing of the congregation.

Despite this, I had decided to accompany the tune with light flutes due to its chant-like nature. Happy to report this worked out well. The congregation sang, the bells rang but not too over powering, the flutes on the organ sustained the voices nicely. Totally worked. 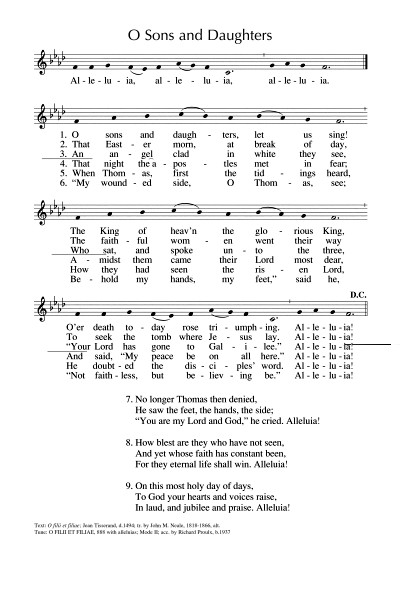 Saturday after my fam left, I registered (picked out the sounds of the organ pipes to use for) the anthem. The anthem, “Psalm 150” by John Harper, was an example of late 20th century hoary old Anglican mildly dissonant mostly unison anthem. Definitely written for organ and voices, it required my skill of working out the best sounds both timbre wise and volume wise to fit my singers. It was really quite easy and came together quickly with little preparation for the singers.

The vestigal flowering of the cross took place during the slot where we sing the anthem (the offertory). I say vestigal because I think it’s not that Episcopalian a practice. I know it’s a Roman Catholic practice. Anyway, it’s a lovely harmless devotion. I improvised for most of it since the anthem was short. I used motives from the anthem transposed to C major and played snippets of the hymn, “Lift High the Cross.”

When I indicated to the choir it was time to stand and switch to the anthem, we proceeded with a slight pause. As we began singing I realized it was much slower. I had improvised the motives slowly. But it all worked out. Eileen said she didn’t even notice that it was slower.

The rest of the service went well. I found myself being grateful to work in a church where the music was fun to do and for the most part well executed. Finished off with a respectable rendition of “Christ lag in Todes Banden” by Bach as the postlude. There has to be a better way to handle this.

From the Birthplace of Big Brother – NYTimes.com

The U.K. marches into the bright fearful future.

Is there a middle political ground anymore? Bill Keller things so.

Full Show: An Optimist for Our Times | Moyers & Company | BillMoyers.com

Video of a recent Bill Moyers interview…. haven’t sat through it yet.

Common sense continues to be avoided in political rhetoric on both sides of the Atlantic.  Shrinking government and turning to austerity despite the clear need for better ideas.

China and Africa return the press to functioning to aid the government but not protect the public good.

Thanks to daughter Elizabeth for pointing out this fascinating piece of history. I especially liked this quote: 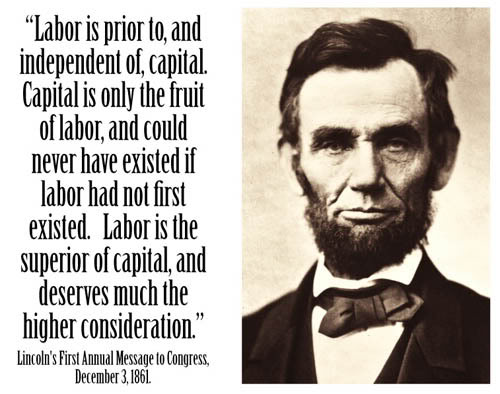