Our Saturday movie yesterday was “Contagion.” Eileen and I have decided that it would be fun to try do a movie or something on our weekly Saturday off. Since so many movies kind of suck these days, this necessarily entails trying to find movies we can stand instead of be attracted to.

Contagion was kind of fun. Unfortunately, it was probably as much because of the actors involved: Lawrence Fishburne, 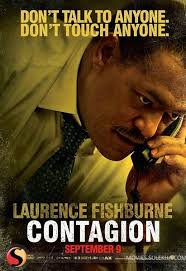 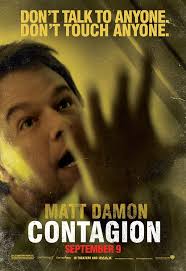 Jude Law (who does a fine job as a crazy blogger who captures unwarranted credibility online and becomes a weird leader in interpreting the outbreak of the new disease), 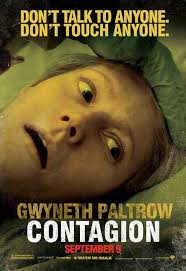 After reading a recent article on the fake science in the movie (The Real Threat of ‘Contagion’ – NYTimes.com), it was fun to see the invented bacteria and realize that it was at least reviewed by real scientists.

It’s a not bad movie. Clever with what seems like an actual story and some pretty good acting. Good entertaining distraction for Eileen and me.

Sarah Jenkins arrived safe if not sound yesterday from England.  Her trip sounds sort of like a nightmare since she was ill during it. She was just pulling out of it as she arrived by train last night in Holland.

Eileen and I gently teased her about the movie we had seen. It involved spreading a disease world wide via plane trips. We told her if she had that disease she would be dead in 72 hours. Welcome home.

This web site was mentioned in the Guardian newspaper magazine Sarah brought me last night.  I’ve never heard of it, but it looks kind of interesting. Sort of a Pandora thing I guess.

Even though I am deluded atheist, I have mixed feelings about the repression of harmless expressions of religion. It’s not only Amerika that is dealing with public hate, eh?

The Energizer Bunny of Craziness, Pat Robertson, just keeps on going and going. I thought about my Dad’s death in the throes of Lewey Body Dementia reading this article.

Interesting conundrum for the Mennonites. I have come to pretty much abhor nationalism in my old age. My young age to think of it.

A leader that I grew up admiring. We had his book, Markings, on our shelf when I was a kid. 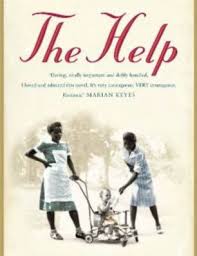 This blog entry articulates a lot of my own misgivings about The Help movie and book. I read the book. It seems to be unaware of its own patronizing plot of having a white woman rescue a bunch of exploited maids. Very much a book for people who haven’t thought too much about race in the good ol’ USA.

Inspiring story of a man who decides to do some interesting stuff before he dies.

Is this cool or what?